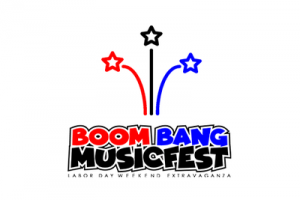 Created to support military veterans and first responders, BoomBang Music Festival will present a patriotic theme and include the largest fireworks display in in Virginia to close out the celebration. This all day event will provide music and entertainment for all ages. A portion of the proceeds will be donated to The Childress Foundation, to be distributed to various military and first responder charities and local non-profits.

“This is a very exciting year for us because we are adding music all day and night, we are bringing a family oriented event – driven by the ones that gave the ultimate sacrifice,” says festival organizer Shaun Bertrand.

“The lineup for a first year festival is amazing. We were able to bring in local, regional, and national touring acts as a tribute to our service men and women — I couldn’t ask for a better event,” added Bertrand.

“The Childress Foundation was formed in 2008 as a non-profit organization to benefit US veterans. We have conducted annual fundraisers featuring a huge fireworks show. Starting this year we have changed to a country music fest while still having the fireworks,” explains Clyde Childress, Founder of The Patriots Day Classic, and co-founder of BoomBang Music Festival. “On August 31st we will host the largest country music festival in the state with some 20 top talents from Nashville along with the largest fireworks anywhere around. This is the first annual music fest. Next year will be three days of top artists. Proceeds will go to several veterans groups. Hope to see you there for one great time!” says Childress.

BoomBang Music Fest gates will open Saturday, Aug. 31st at 10am with music from Noon until 9:30pm with a fireworks finale said to be the largest in the state of Virginia. Early bird ticket pricing starts at $30 with day of tickets available at the gate at $40. The event also offers a VIP experience package for $75, which includes designated viewing areas in front of stage, complementary food and beer, private restroom facilities and more. Military and first responders discounts with ID are offered, plus a few other perks that will be a surprise.

The kids zone will offer fun activities and carnival games including a ferris wheel overlooking the festival grounds. Kids 12 and under will receive free admission and all advance ticket holders will receive free parking for the event with a shuttle to the gate entry.

About The Childress Foundation

The Childress Foundation was founded to assist veterans, especially those with traumatic injuries and those suffering from PTSD. The foundation helps local charities including the Powhatan War Memorial and local veterans. They also create scholarships for deserving JROTC cadets. Veterans have sacrificed for you. Now it is time for you to help them to get back to a normal life. Less than one percent of Americans ever raise their right hands and swear to defend the constitution with all they have up to and including their lives. For those who are qualified and raise their right hand The Childress Foundation gives their eternal gratitude.

You can purchase tickets online at www.boombangmusicfest.com or at various retail outlets including Three Crosses, New Horizon Bank, and Food Lion Locations.