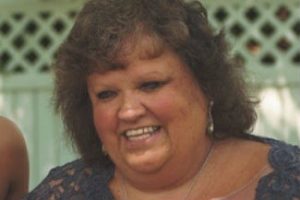 Augusta County authorities may have a break, and it’s not good news, in the investigation into a missing-persons case dating back to October.

A vehicle registered to Karen Koogler, 56, of Augusta County, was discovered on Sunday down an embankment off the Blue Ridge Parkway in Nelson County.

A body was discovered at the scene. Investigators in Nelson County have contacted the medical examiner’s office in Roanoke for assistance in identifying the remains.

According to authorities, the accident appears to have occurred some time ago

“We cannot confirm the identity of the person found at the scene of the crash, and are awaiting the medical examiner’s report. In all likelihood, the search for Karen Koogler is over. We had hoped for a different outcome in this investigation for the family and the community,” Augusta County Sheriff Donald Smith said today.

Foul play is not suspected. No further details are being released at this time.

Koogler had been reported missing on Oct. 23, after last having been seen at her Augusta County home two days earlier.

On Oct. 30, a report from the Augusta County Sheriff’s Office revealed that it had been determined that the last known contact with Koogler was at approximately 3 a.m. on Thursday, Oct. 22, in Fishersville. It was also discovered that her phone was last used on Oct. 23, at approximately 4 a.m. near the Buckingham/Nelson county line.

That report had also indicated that Koogler had been at the McDonald’s in Dillwyn on Oct. 26, that investigators were seeking to identify and contact the individual who reportedly bought breakfast for Koogler at the Dillwyn McDonald’s, and that investigators had scoured the area of Fish Pond Road in Nelson County, her last known location.

A Nov. 5 update from the sheriff’s office revealed that investigators from Augusta, Nelson and Buckingham and the Virginia State Police had conducted a waterborne search of the James River near the Route 56 boat ramp on the James River in Wingina that met with negative results.

As you can guess based on this backstory, the investigation into Koogler’s death is very much still ongoing.

Anyone with information related to the disappearance of Karen Koogler is asked to contact Investigator Reid with the Augusta County Sheriff’s Office at # 540-245-5333.