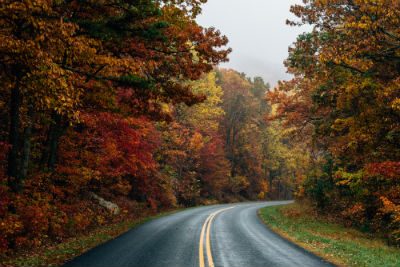 A single-vehicle motor vehicle accident near milepost 105 on the Blue Ridge Parkway reported on Saturday at 7 p.m. took the lives of two people.

Preliminary investigations reveal that a southbound vehicle traveling at a high rate of speed lost control and rolled, ejecting three occupants who were not wearing seatbelts.

One passenger, Jiuver Espinoza-Regalado (19 years old from Honduras) was pronounced dead on the scene and two other passengers were transported with life threatening injuries to a local hospital.

One of those passengers, Christhian Sapil-Canales (22 years old from Honduras), later succumbed to his injuries.

The driver, who was wearing his seatbelt, received minor injuries. Multiple charges are pending against the driver. The third passenger is stable but remains in critical condition.