Bitcoin cryptocurrency: Molding the world economy into a new shape 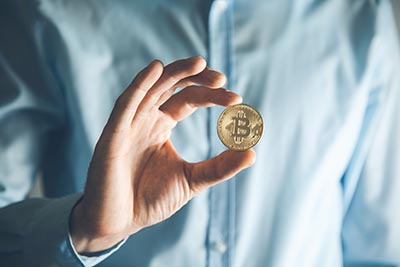 Bitcoin is one of the most well-reputed and commonly used types of cryptocurrency. As depicted from the name, Bitcoins are not actually coin but are a type of virtual currency for dealing and transaction. The concept of Bitcoin was first presented in the year 2008 by a pseudo-anonymous person who presented the concept of Bitcoin in his paper.

The journey of Bitcoin

The journey of Bitcoin can be compared with the journey of the internet. Back in time when the internet was first invented people didn’t show much interest in it. Many people were claiming that they don’t think they will ever use email in life. At that time a very small number of the population was interested in the concept of the Internet and in its uses, but only in a couple of years, the internet has taken over the world, and now it is one of the basic needs of human life. Nothing in the world is possible without a proper supply of internet.  It is one of the most powerful and strong modes of communication and coordination around the globe.

Bitcoin and the world economy

Out of all the cryptocurrency, Bitcoin has been ranked as one of the best performing cryptocurrency. In the past 2 years, the rates and the trade values of cryptocurrency have increased 70 – 75 percent. This is just the beginning of a very astounding journey of Bitcoin to currency. Bitcoin has a long way to go. To know more about this check this Bitcoin Prime site.

Influence of Bitcoin on banking

Initially, the Bank Of the International Settlement was holding up the global economy. Bitcoin being a decentralized organization has impacted the BIS in a negative way and it was thought that they sensed a risk of losing control over the global economy.  The development and growth of the Bitcoin Cryptocurrency have changed the concept of the traders towards the bank system. A number of banks around the globe are thinking to launch their digital version of fiat currency so that they can give competition to the Bitcoin cryptocurrency and can make their role in the growing cryptocurrency economy.

Different types of currency are giving birth to a number of political controversies. As already stated,  Bitcoin is not controlled by any bank or government so this has increased insecurity of the national government.  In addition to this, Bitcoin is a private and individual type of wealth that only belongs to a specific person and no one can question them for the ownership of the money. However, this is just the start of digital currency and no one can say anything about the future of Bitcoin and its approach towards the political and social aspects of the family.

Impact of Bitcoin on industrial economy

Bitcoin has brought a revolution in the industry.  Many industries have started to accept Bitcoin as payments for their online dealing. There is a long list of companies like WordPress who has started accepting Bitcoin as the source of payments. Even PayPal has announced that it will work in partnership with Bitcoin, which has increased the rates of it and the Bitcoin Cryptocurrency to about $1,000 USD.

The Bitcoin Cryptocurrency has traveled a huge path in a time of around 11 years.  This can be said as the tip of the iceberg and the rest is yet to come. Bitcoin and many other cryptocurrencies are growing and evolving with time, and it can be seen that the world has started accepting and trusting the digital currency. The future of the bitcoin cryptocurrency seems to be glorified. But nothing can be said because anything is possible in the world of digital trading and Cryptocurrency. Summing up the whole discussion, we can say that Bitcoin has impacted society and the global economy in a huge manner, and its power cannot be underestimated.