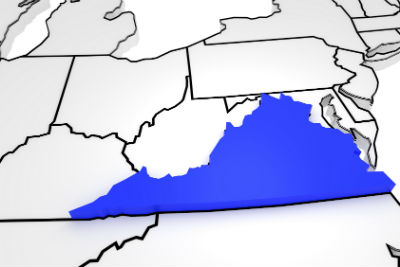 A bipartisan coalition in the House of Delegates has announced a legislative package aimed at lowering energy bills in Virginia.

The proposals make long-overdue revisions to state law that will enhance consumer protections and provide relief for Virginians struggling with some of the highest energy bills in the country.

If passed, the proposed bills would ensure Virginians get back more than $500 million that they’ve been overcharged by Virginia’s dominant electric utility Dominion Energy since 2017, per State Corporation Commission reports.

“Virginians have long been due a refund for paying extraordinarily high energy bills.  Energy monopolies in Virginia have kept billions of dollars owed to the people of Virginia,” said Del. Jay Jones, D-Norfolk, one of the bills’ patrons. “It’s high time the General Assembly puts workers, families, and businesses first.

Virginia’s energy monopolies have added several provisions to state law in the last two decades that prevent the SCC from reducing electricity rates and ordering refunds for customers, despite the company’s consistent overcharges. This group of legislators wants to undo those laws.

“Virginians have seen their utility bills raised by our electric monopolies by at least 25 percent since 2007 and now pay the sixth highest energy bills in the country. Before COVID-19, more than 75 percent of Virginia households had energy bills considered unaffordable by national standards. Low-income people have been disproportionately impacted by COVID-19,” said Del. Kathy Tran, D-Fairfax. “We must act now to bring much needed relief to our constituents.”

A high energy burden is defined as spending more than 6 percent of income on energy bills. Nationally, the burden of high utility bills falls most severely on minority and low-income communities and Virginia is no exception.

“This legislation seeks to restore to the SCC its original and rightful role in adjudicating rate requests from our public utilities. Owing to Dominion-influenced legislation, the firm’s rates have not properly been decided since 1992. Ratepayers have paid the burden for this hand-cuffing of the SCC’s authority. Finally, a sufficient coalition has arisen to correct this impropriety, and I am grateful to be able to contribute to the endeavor,” said Del. Lee Ware, R-Powhatan.

“Our work to address climate change is equal parts equity and environmental work. These bills will ensure that we protect economically vulnerable Virginians by keeping our energy bills down while moving toward Virginia’s commitment to becoming a zero carbon state,” said Will Cleveland, senior attorney with the Southern Environmental Law Center, who worked with lawmakers to craft the bills.

“Virginia has monopoly utilities with captive customers, so we cannot depend on competition to keep prices down. Only the regulator can do that, but current law prevents the State Corporation Commission from actually lowering prices. It is time for that to change,” Cleveland said.