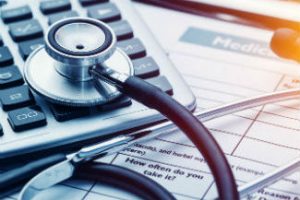 Stanley introduced Senate Bill 1107, which “eliminates the cap on the recovery in actions against health care providers for medical malpractice where the act or acts of malpractice occurred on or after July 1, 2021.”

Virginia’s General Assembly will consider the bipartisan bill when the legislative session convenes on Jan. 13.

Cammarata, a nationally known civil trial lawyer and partner with Chaikin, Sherman, Cammarata & Siegel, was driven to pursue the initiative for personal reasons. In 2015 his longtime friend and neighbor, Nancy, underwent lower back surgery to fix her chronic back pain. After the surgeon negligently severed an artery in her stomach, she coded for 23 minutes, depriving her brain of oxygen.

“Medical malpractice insurance companies are happy with a system that imposes artificial limits on responsibility, but it’s unfair to medical malpractice victims,” Cammarata said. “If someone is seriously injured due to negligence, the victim cannot get complete financial relief for their harms and losses. This ultimately places a burden on taxpayers who pay for the victims’ care through taxpayer-funded public health insurance.”

Nancy’s tragedy inspired Cammarata to help future medical malpractice victims in Virginia by changing a law he views as unjust. After hearing Nancy’s story, Stanley agreed to be the chief patron of SB 1107, with Surovell supporting the bill as a co-patron.

In a special edition of Medical Malpractice Diaries, Cammarata discussed Cancel the Cap with host Deirdre Dickson-Gilbert of the National Medical Malpractice Advocacy Association. He said the proposed bill would allow seriously injured Virginians to be fairly and fully compensated for harm caused by the wrongdoer, ensure Virginia taxpayers don’t have to foot the bill for malpractice, reduce the burden on the courts and public health insurance system, end the protection of medical providers from full accountability, and eliminate placing arbitrary values on human life.

“This is not a political issue; it is a human issue,” he said. “Nancy will not benefit from this legislation, but its passing will allow future medical malpractice victims in Virginia to receive full justice.”

To learn more about Cancel the Cap (SB 1107), visit chaikinandsherman.com/cancel-the-cap/.