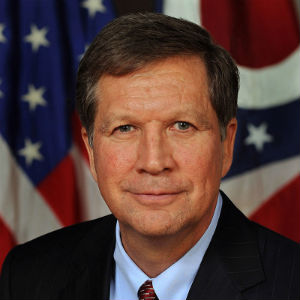 Ohio Gov. John Kasich was among the last candidates to declare for the Republican Party presidential nomination, and he was the final candidate added to the 10-candidate field for the first GOP debate.

He was basically a dead man walking politically as he made his way onto the stage.

Kasich walked off the stage a legitimate candidate who has to be taken seriously in the crowded Republican field.

Fox News host Megyn Kelly tried to put Kasich on the defensive early in the debate, asking him a question about his move to expand Medicaid in Ohio, something that Republicans in statehouses across the country, including Virginia, have been fighting like it’s ebola.

Kasich defended the move by pointing out how the money has allowed Ohio to improve services for the mentally ill and the working poor.

“Instead of them having come into the emergency rooms where it costs more, where they’re sicker and we end up paying, we brought a program in here to make sure that people could get on their feet,” Kasich said, noting that Ohio has been able to turn its Medicaid system around as a result to the point that it went from an $8 billion deficit to a $2 billion surplus.

Which is to say, invest a little, get a little more in return.

Kasich talked about working on balancing the federal budget during his time in Washington, another plus, then dodged another firebomb question from Kelly on gay marriage, saying, to applause, that while he believes in traditional marriage, “the court has ruled, and I said we’ll accept it,” then adding that he had just gone to the wedding of a gay friend.

“Because somebody doesn’t think the way I do doesn’t mean that I can’t care about them or can’t love them. So if one of my daughters happened to be that, of course I would love them and I would accept them. Because you know what? That;s what we’re taught when we have strong faith,” Kasich said.

So the guy has been a part of balancing the federal budget, eschewed politics to turn around a state Medicaid system, and has the sense to embrace change on a social issue where the bulk of mainstream America has left the Republican Party in the rear-view mirror.

And he was able to convey what he has done and continues to do without calling anybody an idiot.

That qualifies Kasich as a statesman in a presidential field that is currently stuck in orbit around wannabe bloviator-in-chief Donald Trump.

After an event where Trump lived down to his reputation, Jeb Bush and Scott Walker came across as if they had taken too many allergy meds, Mike Huckabee and Marco Rubio were hitching their wagons to banning abortion, and Rand Paul and Chris Christie were more interested in setting up a bare-knuckles fight afterward, Kasich comes out as a force to be reckoned with.