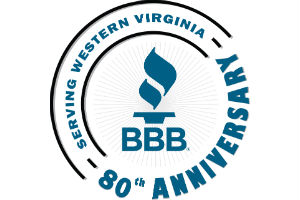 Popular social media platforms deal with thousands of scammers that use their sites and apps to hawk fake diet pills, get-rich-quick, and multi-level marketing schemes, and even phony adult dating sites designed to part people from their money.

Now, TikTok is experiencing that same influx of scammers.

According to a recent report by cybersecurity firm Tenable, scammers have been lurking on the platform using TikTok’s advertising since its inception. But with its meteoric rise in popularity in February, a new wave of cons has plagued the social platform. And with a third of its users aged 14 and younger, it’s a perfect opportunity for scammers to exploit minors.

In its social platform infancy, scammers were already reaping the benefits of creating fake profiles to trick unsuspecting TikTok users into signing up for adult dating websites or pay for fraudulent “premium” Snapchat accounts.

Some common swindles early on TikTok were:

A new study by digital safety app maker Qusodio on kids’ app usage and habits indicates children four to 14 in the United States, United Kingdom, and Spain now spend an average of 80 minutes per day using the app, putting it on par with YouTube. An April report from SensorTower, a mobile app market intelligence firm, found that TikTok has surpassed two billion downloads globally this year and one-third of the apps 100 million monthly users are under the age of 14.

“With the number of scams and social platform usage skyrocketing, parents should be aware of the likelihood of their kids being targeted by scammers,” says Wheeler. “These younger users likely don’t have disposable income and could be more susceptible to ads encouraging them to make easy money.”

Recent reports also investigated an advertising app called iMoney, which claims to pay users out for completing simple internet tasks like downloading other apps, playing games, or even spending money on an Amazon item and leaving a review. The app advertising on TikTok often disguises itself up to five different apps on the App Store in hopes to increase the exposure rate of these social schemes to young users. The app also requires users to download a certificate on to their phone or provide driver’s licenses or other ID to cash out, all of which is against Apple’s terms of service. On average, users only earn around 23 cents per task if they even ever get paid. Many users have complained about being unable to collect what little they’ve made.

Just as advertising on Facebook, Instagram, and Twitter has created a niche for digital marketing, TikTok’s advertising platform has enabled advertisers to target its 800 million monthly active users — and scammers are rushing to take advantage of the platform’s scope and reach. The number of users combined that with the susceptibility rate of minors and scammers see huge potential for financial gain with new #ForYou ad schemes. TikTok, which is currently owned by Chinese firm ByteDance, has not responded to requests for their advertising standards including the target audience or what can be advertised on their social platform.