Best Indiana Hoosiers in the NFL 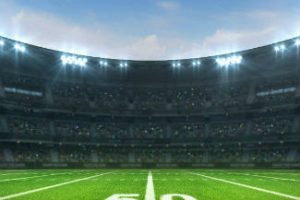 With all due respect, the Indiana Hoosiers are hardly a college football powerhouse. The program has been to just four bowl games since the turn of the century, losing all of them. However, for a second-tier Big Ten program, the Hoosiers have sent a lot of players to the NFL, although they aren’t exactly the highest level of NFL picks, let’s take a look at some of the best former Indiana football players in the NFL right now.

As a First-Team All-Big Ten selection and unanimous All-American in 2014, Coleman is the pride and joy of Indiana football. He’s also made a great impact in the NFL. While he didn’t become a full-time starter until his fourth season with the Falcons in 2018, he was a key part of the offense early in his career. Coleman spent a little more time as the feature back with the 49ers in 2019, ultimately helping San Francisco reach the Super Bowl, although an injury suffered in the NFC Championship Game hindered his performance in the Big Game. Nevertheless, Coleman remains a productive NFL running back.

At Indiana, Saffold started 41 games and was twice named to the All-Big Ten Second Team. In the NFL, he was an immediate starter and spent a lot of good years with the Rams, including the 2017 season when he was an All-Pro Second Team selection and the 2018 season when he helped the Rams reach the Super Bowl. Saffold signed a lucrative deal with the Titans in 2019 and continues to be an above-average offensive lineman.

Feeney had a standout career at Indiana, blossoming into one of the best offensive linemen in the country. In 2014, he was part of the offensive line that paved the way for Coleman’s record-setting season. By his second pro season, Feeney had earned a spot in the starting lineup and has been the left guard for the Chargers ever since.

Despite spending just one season at Indiana, Howard left his mark on the program by rushing for over 1,200 yards and averaging 6.2 yards per carry for the Hoosiers in 2015. He carried that success to the NFL with back-to-back 1,000-yard seasons in his first two seasons in the league. Howard was a Pro Bowler as a rookie in 2016 and a big part of the Bears winning the NFC North in 2018. The 2019 season was a step back for Howard after he was traded to the Eagles. However, his future remains bright with Howard expected to start for the Dolphins in 2020.

Thomas has flown a little under the radar during his first two seasons in the NFL. But he’s worked his way to being Carolina’s starting tight end. As a rookie, Thomas had 36 catches, including two touchdowns. With improved quarterback play in 2020, he’s likely to make more of an impact for the Panthers.

Sudfeld is by no means a star, but he’s done well to carve out a career in the NFL as a backup. In limited action, the former Indiana quarterback has completed 20 of his 25 passes for 156 yards and a touchdown. Sudfeld is steady and makes few mistakes, making him the ideal backup. He also won a ring in Super Bowl LII when he was the primary backup to the game’s MVP Nick Foles.