Best album covers of all time

Albums And Their Covers 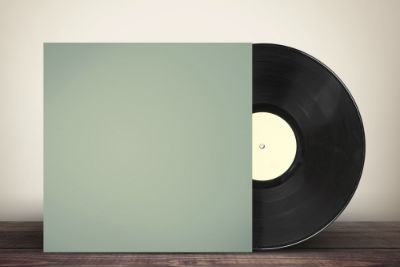 As music keeps becoming more and more digital, people aren’t buying CDs and vinyl records as much anymore. The incentives to make album covers are slowly fading way sadly. However, if you want a nostalgia trip or just want to discover some cool album covers, this article is for you! We’re going to go through a few of what we believe to be the best album covers ever to grace music!

A less than subtle parody of an Elvis Presley album cover. This album cover from the Clash embodies what people considered Rock and Roll to be all about, passion and rage. The band’s bassist Paul Simonon is pictured smashing his bass guitar against the stage at a Clash concert. This is rather fitting as London Calling (The song) is quite an anti-establishment song.

This album cover is exactly what you’d expect from the swingin ’60s. This was a time when The Beatles were going through their psychedelic stage with the rest of the ’60s bands. It features the main men of the Beatles in brightly colored outfits surrounded by a variety of historical figures. I wonder if you can guess them all?

Arguably one of The Who’s best albums. The album image is of The Who frontmen standing on a futuristic wasteland in front of a towering monolith. The cover then features these frontmen zipping their zippers up with visible urine stains on the monolith. This image represents the rebellious nature The Who are trying to convey. This was one of their defining characteristics as a band.

This was Oasis’ debut album, and it effectively sums up the whole band. Noel and Liam Gallagher were known as party animals from Manchester. When they weren’t partying, they were just chilling around, which this album cover clearly shows. Wine and guitar with some friends, nothing stressful about that is there?

5. The Mamas ; Papas: If You Can Believe Your Eyes and Ears

Arguably one of the greatest bands of the 1960s, this album cover took a unique turn by featuring all four band members crammed together in a bathtub in a bathroom. This gave off the impression that The Mamas ; Papas were a chilled-out band who didn’t take themselves too seriously. The toilet featured in the album photo was actually really controversial at the time due to the strict taboos over what was considered decent and what wasn’t.

It feels slightly cheeky putting a band in this list twice, but Abbey Road is truly one of the most iconic album covers ever produced. Any music lover can recognize the Abbey Road album cover. Featuring Paul, Ringo, George, and John crossing the street. It sounds simple, but it quickly became one of the most popular albums ever made. It has been re-created many times and is a popular pop culture reference. Originally The Beatles wanted the album cover to be them doing the same thing but on Mount Everest! They settled for the local crosswalk instead.

These are what we believe to be the best album covers ever made. You are, of course, free to disagree and welcome you to share your opinions with us too! Maybe you prefer more recent albums as this list is all pre-2000’s album covers. We feel like you just can’t beat the classics, but we’re more than happy to be proven wrong. Thank you for reading, and we hope that we’ve introduced you to some new albums along the way!