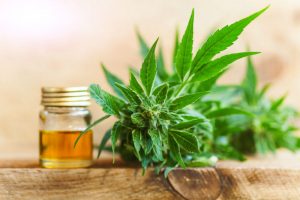 CBD has not been known for having many benefits for a very long time. However, CBD was legalized for sale and consumption in Canada almost two years ago and has become big business. The market for full spectrum CBD oil and other CBD products has grown as a rate which has surprised even industry analysts.

Meanwhile, CBD is also becoming legalized in many countries around the world, including here in the USA. As more people discover the benefits and legislators see the business potential, it’s only a matter of time. Being a consumer, it can be overwhelming and this post should steer you in the right direction.

The first CBD products to hit the market tended to be made from CBD isolate, the purest CBD oil available. As Canadians became aware of the entourage effect,  there is a growing movement toward full-spectrum products. In this post, we will delve into the world of CBD to examine why so many people are now shunning CBD made from isolate in favor of full-spectrum oil.

Cannabis/Hemp Plants: What Do They Contain?

Hemp and cannabis some of the most phytochemical-rich plants in the vegetable kingdom. They are absolutely full of compounds which react with the human body, some of them in some rather profound ways. The active compounds which are unique to the cannabis plant are called cannabinoids.

CBD is one of the 113 different cannabinoids that occur naturally in the cannabis plant. Undoubtedly the most famous of these cannabinoids is tetrahydrocannabinol (THC), the compound which is known for the ‘high’ sensation that provides when it is consumed recreationally. Unlike THC, CBD does not have any psychoactive properties. It does, however, have some significant health benefits.

Aside from cannabinoids, the cannabis plant also contains terpenes and waxes that may also have therapeutic properties.

The Health Benefits of CBD

Understanding the health benefits of CBD depends on having a basic understanding of the body’s endocannabinoid system (ECS). Discovered in the early 1990s by scientists researching the effects of cannabis on the body, the ECS is composed of a network of cannabinoid receptors which are located around the body and in the central and peripheral nervous systems.

The ECS is today thought to play a central role in maintaining a healthy balance within the body. It does this by regulating a wide range of vital bodily functions and processes. These processes include pain, memory, mood, appetite, stress, sleep, metabolism, immune function, and reproductive function.

CBD works by mimicking the endocannabinoids that the body uses to manage its bodily functions through the ECS. When taken regularly, it is thought to possess the capability to strengthen the ECS in a way that promotes health and wellness.

The Synergistic Power of the Entourage Effect

The central reason that CBD oil made from isolate has fallen out of favor in recent years is the emergence of a theory known as the ‘entourage effect’.

The entourage effect is the idea that CBD interacts with the body in a more powerful way when in the presence of a combination of the full spectrum of cannabinoids and terpenes. This is due to a supposed synergistic relationship between the cannabinoids and the way that they work.

As time has gone by, an increasing number of studies have emerged seeming to prove the existence of the entourage effect. For this reason, the pendulum is swinging decidedly toward CBD oils that contain a range of different cannabinoids besides CBD, including CBN, CBC, CBD and THC.

When you are looking for CBD oil, you will quickly come across the terms “full-spectrum” and “broad-spectrum” which can further add to the confusion.

There are several reasons that a person might choose broad-spectrum oil over full-spectrum oil. The first has to do with the regulation on CBD in the state or country in which they live. Many states have a 0.3% THC limit on CBD products. However, there are a few which do not allow the sale or purchase of CBD that contains any THC whatsoever. In these places, your only option would be to buy broad-spectrum products.

Another reason may be ethical in nature. Although full-spectrum CBD does not contain enough THC to get a person “high”, some people object to introducing psychoactive substances into their body because of their religious beliefs. Other people have been known to opt for broad-spectrum because they are aware of a predisposition that they have to psychotic mental illnesses.

For those who are not concerned with introducing trace levels of THC into their bodies, the entourage effect may bring added health benefits. THC is known to work in tandem with CBD to strengthen its effects on the ECS.

If you are currently shopping for full spectrum CBD oil in Canada, a detailed buyer’s guide will lead you to the best options in terms of quality and price. Full-spectrum CBD leads to more powerful health benefits due to the synergistic way that the cannabinoids it contains interact with the body’s endocannabinoid system. Full-spectrum oils can be slightly more expensive than other oils, but these extra benefits make it worth it in the end.