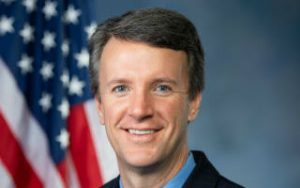 The American Farm Bureau Federation is an independent, voluntary organization governed by and representing farm and ranch families united for the purpose of analyzing their problems and formulating action to achieve educational improvement, economic opportunity and social advancement and, thereby, to promote the national well-being.

The Friend of Farm Bureau award is given to members of Congress who have supported the Farm Bureau’s positions on policy issues and were nominated by their respective state Farm Bureaus and approved by the AFBF Board of Directors.

“It cannot be overstated how essential the work of our farmers and agricultural producers is to the American economy and the economy of the Sixth District. Their contributions have been especially highlighted over the last several months as American farmers have worked tirelessly through this pandemic to keep food on the shelves and on our tables,” Cline said. “During my tenure in Congress, I have fought to ensure our agriculture policy supports farmers and provides an environment where they can thrive. From fair trade deals to expanding broadband access so that agricultural producers can compete in the modern economy, the interests of farmers and ranchers have always been forefront in my mind. I am honored to receive this recognition from the American Farm Bureau Federation.”