BC to honor three with induction into Hall of Fame 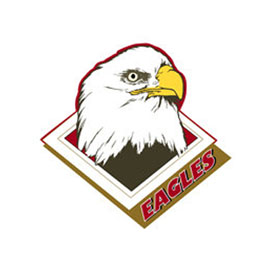 Three stellar former Bridgewater College athletes have been selected for induction into the College’s Athletic Hall of Fame on Friday, Oct. 8, in the Kline Campus Center, as part of Homecoming activities.

Mary Frances Heishman, a professor of health and exercise science at Bridgewater, played three sports as a student – basketball, field hockey and tennis. But it was as a coach that she made athletic history, entering the record books as one of BC’s most successful coaches.

It was on the volleyball court, however, where Heishman became one of the most successful coaches in the nation. She established the volleyball program in 1975 and coached until 2008, compiling a record of 653 wins and 268 losses. The 653 wins ranks eighth all-time in NCAA Division III. Heishman’s teams had 27 winning seasons, captured five ODAC titles and made three trips to NCAA tournament play.

Anthony Lawrence finished his football career at Bridgewater as one of the most decorated running backs in the college’s history. Lawrence, who also played baseball for one year and ran track for two years, finished his career as BC’s all-time leading rusher with 3,715 yards. He still ranks No. 2 on the all-time career rushing list.

Lawrence was named to the ODAC first team three times and was named the ODAC Player of the Year in 1988 when he rushed for 1,341 yards, his second straight season with more than 1,300 yards. In 1988, he was honored by the Virginia Sports Information Directors Association as a member of the College Division All-State Team.

During the 1988 outdoor track season, Lawrence ran the 100 meters at one of the top three times in BC history.

Pattiann (Dzikowicz) Beach played basketball during the 1988 and 1989 seasons as the Eagles won the ODAC regular season title in each year.

Beach, who was named Homecoming queen in 1990, has served as a coach and team parent for numerous youth sports teams in the Glen Allen Youth Athletic Association. Since 2007, she has been a special education teacher and field hockey coach at Patrick Henry High School in Ashland, Va.

She has also been active within her church where she has served as a Sunday School teacher and a vacation Bible school leader.