Ban on phone use while driving in Virginia starts Jan. 1 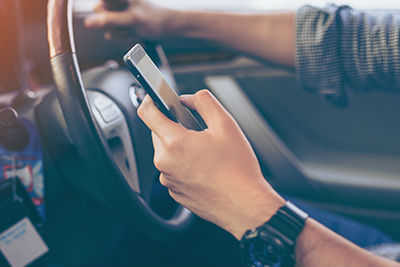 A new Virginia law banning the use of cellphones while driving goes into effect Jan. 1, 2021, and Drive Smart Virginia is reminding motorists of the consequences of distracted driving.

The mandate was signed by Gov. Ralph Northam on July 8, making Virginia the 22nd state to ban the use of handheld devices while driving. The law now prohibits drivers from holding any personal communication devices while driving a moving vehicle on the state’s roadways.

Though the ban has officially been Virginia law since July, it will be enforced beginning Jan. 1. In the interim, DSV is raising public consciousness of the dangers of distracted driving through its “Phone Down. It’s the Law.” campaign.

According to the Virginia Department of Motor Vehicles 2019 crash statistics, distracted driving caused 23,246 accidents and 120 fatal crashes. Those figures represent 18.1% of all crashes and 14.5% of all fatalities on Virginia roadways.

Virginia DMV statistics from 2018 revealed that the jurisdictions with the most distracted driving crashes were Fairfax County, Prince William County, Virginia Beach, Hampton and Newport News. The counties with the most fatalities were Prince William, Fairfax, Fauquier, Hanover and Spotsylvania.

“Thousands of Virginians are involved in crashes every year, and distracted driving is a factor in many of those crashes,” said David Tenembaum, Virginia Farm Bureau Mutual Insurance Co. actuarial manager and treasurer of Drive Smart Virginia.

“Manipulating a cellphone while driving increases your crash risk by 2,300% because it involves all three kinds of distractions—manual, visual and cognitive. Help us save lives by putting your phone down.”

Drivers who violate the new law will be subject to a $125 fine for the first offense and $250 for each subsequent offense. Violations that occur in highway work zones also will carry a $250 fine.

It still is permissible to use hands-free technology to make or receive phone calls while driving—the ban only prohibits drivers from directly handling their devices. If drivers must use their phones while traveling, they must be lawfully parked or stopped to do so.

Drivers using a handheld device to report an emergency are exempt, as are the operators of emergency vehicles who are engaged in their official duties. Motorists also may handle amateur or citizens band radios.