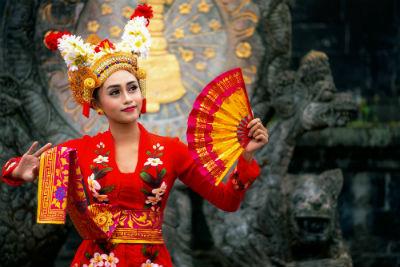 Indonesia stretches across the Pacific Ocean. Some of the islands contained in the archipelago are quite distant from the others. Britannica mentions that Indonesia stretches across some 3,200 miles (5,100 km). Located within the vast swathe of islands that form the nation lies the province of Bali. The South China Morning Post mentions that Bali has a reputation for making village life look mystical. But despite its reputation as a significant tourist stop in southeast Asia, most people see the island without appreciating its culture. Luckily, far away from home, the culture is making an impact on others who have never even visited the island.

The Culture of Bali in a Foreign Land

On the other side of the ocean lies Chicago. It’s as far from Bali as someone could get. Instead of picturesque backdrops, Chicago offers concrete streets and pigeons. Instead of fantastically carved ancient temples, the city gives you a glimpse into its past filled with gangsters, the Mafia, and American Prohibition. Yet in this striking difference in culture, Balinese dancing has managed to unite a community. The art of Balinese dancing reaches far back into the past and is inextricably tied to the Balinese people’s culture. UNESCO mentions three genres of traditional dance in Bali that they recognize as cultural heritage.

Pak Ngurah has traveled the world with a dance troupe. On coming to Chicago, he settled in the city. His daughter, Chika Kertayuda, settled there with him, and together they teach Balinese dancing. While these aren’t your typical dance and acting classes, they bring with them a mystique that’s partially about where these arts stem from. Pak maintains that anyone can successfully represent themselves through art. He states that bringing art to life starts from finding what you want to do and doing it from the inside.

Teaching Others About Balinese Culture

The history and traditions of Bali aren’t well known to the western world. In the scale of mythologies, they’re among the least understood. Yet Pak notices that teaching his community’s residents about the dances from different parts of the island makes it more attractive for him. Musical instruments like the gamelan also make up an indelible part of the island’s heritage. With curious residents of Chicago supporting them, Pak and Chika might find fertile soil to spread their history and art to those who want to learn.

The Balinese community in Chicago is small, but it brings the weight of centuries-old culture. Imparting this culture to others helps to keep it alive. The memory of those that came before and the music and dance the left behind still live on. It remains a legacy to their memory. It’s important in teaching an art that you do so in a place that other people want to learn it. Chika and Pak seem to have found that in their neighborhood of Chicago. With time, they might even spread out and meet others who share a cultural heritage. For now, though, they’re satisfied with sharing a part of their homeland with their curious neighbors.