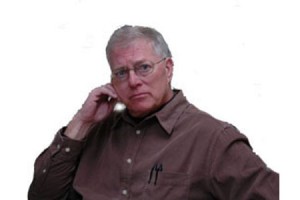 Why don’t you take a stab at it? That’s all it took, a leading question, to set Lowell Sheets on a 12-years-and-counting trek to figure out what happened on April 11, 1967, the night that Carolyn Perry and Connie Hevener were gunned down at the High’s Ice Cream on Terry Court in Staunton.

And yes, you read that right. The case is still something that Sheets, an Augusta County native and owner of S&W Home Appliance in Staunton, considers active.

But more on that later. Because what you haven’t heard until now is that it was Sheets that broke the code of silence around the murders and laid the groundwork toward the shocking deathbed confession of the co-worker who gunned down Perry and Hevener.

Not that he hasn’t been interviewed for stories about his role in the murder investigation and shown reporters his multiple folders of photos and yellow legal pads full of handwritten notes from dozens of interviews that he conducted of witnesses and family members and former High’s employees. Everything written about the case following the interviews either downplayed his role – at best he was a “citizen investigator,” according to one local publication – or ignored what he did entirely.

“The night before her story ran, I got a call from a reporter from the Washington Post who had interviewed me at length. She was calling to apologize. The editor was cutting me out of her story,” Sheets recalled.

Reporters and editors tend to do that – rely on officialdom to tell the official story, and the Staunton Police Department and a former Staunton PD investigator took the lion’s share of the credit for the work that led to the November 2008 confession of Sharron Diane Crawford Smith. It’s clear after a long conversation with Sheets at his home a couple of miles from Fort Defiance High School, where he was a classmate of the murder victims, that the police were as much a hindrance or at least a stumbling block as they were an aid to his “citizen investigation.”

Sheets set himself to the investigation after a conversation with friends in 2000. At that point, the murders were more than three decades old, and whatever trail there had been had long since gone cold. People around town with an opinion on the case, which is to say, pretty much everybody, thought Bill Thomas, a Virginia Tech alum who had been tried and acquitted in a 1968 media circus-like trial, had literally gotten away with murder.

Sheets, for his part, never thought that Thomas had anything to do with it. Other than that, though, he hadn’t given it much more thought, but following the conversation with friends about the cold case, he put himself to work, setting up interviews with family members of the victims as a starting point, and following the investigation to where it would lead him. He eventually scored a sitdown with Staunton PD investigator Davie Bocock, who died in 2006, but before his passing was more than gracious with his time with Sheets, who suspects now that the retired detective was so willing to give his time because he wanted to keep tabs on what Sheets was coming to know about the case.

Yet another interview in a long series of interviews with the mother of one of the murder victims in 2007 triggered a new line of thinking in Sheets, who learned that Hevener had cut her off from entering the store on the afternoon of the murders, Sheets now thinks because she wanted to keep her mother from being witness to an uncomfortable scene inside.

The story made made Sheets think at the time to something that he felt was incomplete in the record. “You’d always try to ask, Well, who worked there? And they’d tell you, Well, and then go through some names, but they’d never give you a complete list,” he said.

Sheets still isn’t even aware at this point who Sharron Diane Crawford Smith is, that she worked at the store, that she even existed. He just has his suspicion that there is more to learn going down this angle involving store employees. He next asks a detective at the Staunton PD about what had been done in terms of getting together a complete list of store employees and whatever interviews had been done with that group – and finds out that there was nothing resembling a complete list of employees, and that police hadn’t conducted interviews with even the employees that they had been aware of.

Another moment of serendipity in 2008 led Joyce Bradshaw to Sheets to tell her story of how she had been friends with a Diane Crawford in the 1960s and that this Diane Crawford had purchased a gun days before the murders and told Bradshaw that she had a bullet for “the girl that lived on Grubert,” Hevener, with whom Crawford then worked at the High’s Ice Cream store.

Turns out that Bradshaw had told this same story to Bocock in the days after the murders, and we would come to think later that the detective had organized a coverup to protect Crawford, for reasons unknown and likely to never be known, with Bocock and Crawford both deceased.

Bocock was already dead when Sheets had finally gotten to the Diane Crawford branch of the investigation tree, and Crawford, now Sharron Diane Crawford Smith, was in a rehab center in Harrisonburg, not long from death herself. Sheets and an associate, who wishes to remain anonymous, according to Sheets, met with Crawford Smith several times over the summer months of 2008, and passed the notes of their meetings and their suspicions to investigators at the Staunton Police Department.

Sheets was not in the room the day after Thanksgiving when Crawford Smith finally confessed, and he was nowhere to be seen when the news of the confession became public weeks later. Sheets says it doesn’t bother him that he wasn’t given public credit by the authorities for his work, though you can tell as he says it that it really does bother him, as it should.

He doesn’t let his hurt feelings get in the way of his pursuit of the truth. As was intimated earlier, Sheets is still pursuing leads in the High’s case, trying to tie up the loose ends that include … did Bocock actively work to cover up the crime, and if so, why? Was anyone else involved in the crime? Did somebody put Crawford Smith up to shooting her co-workers?

“All I can say is, it’s not over. Not by a long shot,” Sheets said of the investigation.