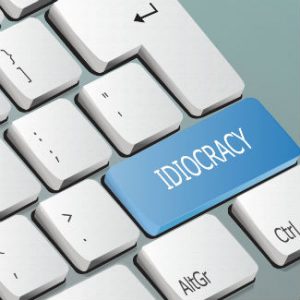 Augusta County isn’t going to call up a militia to fight gun-control legislation in Richmond.

“The National Guard, the Virginia Defense Force, and the unorganized militia or any part thereof may be ordered into service by the Governor in such order as he determines.”

Funny how that is. Any militia formed here in the hinterlands would have to do the bidding of the governor.

“Why did this conversation even start? Because of our governor. So, forming something that he has control over is beyond ridiculous. But if it’s not legal, it’s not legal.”

This was from Augusta County Board of Supervisors chair Gerald Garber.

Voters put Democrats who made gun control Issue #1 on their agenda in charge of the House of Delegates and State Senate.

And then those Democrats who had made gun control Issue #1 on their agenda followed through with what they had promised to do.

Augusta County, among several localities, responded by throwing a childish fit, declaring the county a Second Amendment sanctuary, with a resolution that has the legal effect of throwing up in your mouth.

And then county leaders, at the behest of a mob at a recent BOS meeting, wasted taxpayer dollars examining this moronic militia idea.

No credit due here for them not following through with actually calling up a militia to put the county at war with Richmond.

Not when you have the head of Liberty University pushing counties who can’t afford to pay their own local bills without serious infusions of cash from Richmond and Northern Virginia to secede to become a part of the economic miracle that is West Virginia’s high unemployment and significantly lower household income.

Yep, this one almost assuredly gets even dumber before it’s over.