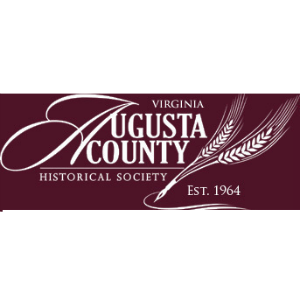 Exactly 100 years ago this year, the first war ever to engulf most of the world came to an end.  World War I had been a horrible and costly war, both in young lives and in resources.  Those costs were particularly memorable in Staunton and Augusta County, the birthplace of the wartime president, Woodrow Wilson.

The Augusta County Historical Society will remember the area’s sacrifices during “The Great War” with a special exhibit at the R. R. Smith Center for History and Art opening February 16, and a March 1 talk that explores the area’s life and contributions during the war.  Both the display and the talk are open to the public without charge.

The comprehensive exhibit, “Exceeding Expectations: Staunton, Augusta County and World War I,” will be in the ACHS exhibit gallery and will display historical photos, newspapers, documents, uniforms, medals, weapons and other items from the area during the war. Although America’s participation in the war was brief compared to other conflicts, it had a dramatic impact on the Valley.  Over a thousand young men from the area served in the army.  Some died in battle, some were wounded or gassed but others returned with honors to live out their lives back in the Valley.  Many more local citizens supported the war effort by raising money and collecting materials and food through organizations such as the Red Cross, YMCA, Boy Scouts, Liberty Loan drives and the local military academies.

ACHS volunteers Rick Chittum, Carter Douglass, Ken Keller, Allegra Morrison, Edmund “Rick” Potter, and Nancy Sorrells have scoured the society’s archives for stories and artifacts from the war years.  Items have been borrowed from local institutions and collectors to tell a vivid story of the time.  Kate Delaney provided design assistance for the display that will be in place and open to the public until the middle of May.

Dr. Edmund D. “Rick” Potter will speak to the contributions of local citizens to the war effort in his March 1 talk “Exceeding Expectations: Staunton and Augusta County Meeting the Challenge of Being from the President’s Home Town during World War I.”  The talk is one of the Society’s noted Stuart Talks and will be in the second floor lecture room at the Smith Center at 7 p.m. and is free.

Potter will explore local military and civilian contributions of the area 1917-1918 – those who went to war, those who stayed in the Valley.  He will speak to the special nature of the support because of the local connection to President Wilson.

A noted expert in the social consequences of World War I, Potter earned his bachelors from the College of William and Mary, his masters from the University of Virginia, and his doctorate from Auburn University.  He published a history of Staunton in 2008.  Presently a graduate instructor for the U.S. Air Force, he is adjunct Associate Professor at Piedmont Virginia Community College and serves on the board of the 116th Infantry Foundation of Verona.