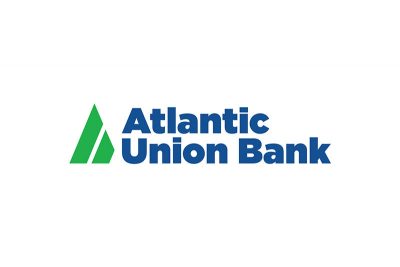 Atlantic Union Bankshares today reported net income of $30.7 million and diluted earnings per share of $0.39 for its second quarter.

“During the second quarter Atlantic Union demonstrated resilience, agility and innovation along with its willingness to make the tough decisions required to successfully navigate through the challenges of COVID-19,” said John C. Asbury, President and Chief Executive Officer of Atlantic Union. “We have remained focused on helping our customers and our communities weather the storm as exemplified by our team’s ability to process more than 11,000 loans which provided approximately $1.7 billion to businesses through the Small Business Administration’s Paycheck Protection Program during the second quarter.

“Operating under the mantra of soundness, profitability and growth – in that order of priority – we believe that Atlantic Union continues to be in a strong financial position with ample liquidity and a well-fortified capital base further enhanced by the issuance of preferred stock during the quarter.  We also took action to better align our expense run rate to the revenue reality of the much lower for longer than expected interest rate environment.  This includes the consolidation of 14 branches, or nearly 10% of our branch network, that is expected to close in September.”

During the second quarter of 2020, the Company continued to participate in the SBA PPP under the CARES Act, which was intended to provide economic relief to small businesses that have been adversely impacted by the COVID-19 global pandemic (“COVID-19”).

The Company processed over 11,000 loans, which totaled $1.7 billion with a recorded investment of $1.6 billion as of June 30, 2020. The loans carry a 1% interest rate and the Company recorded net PPP loan origination fees of approximately $50.2 million which are being amortized over a 24-month period.

During the second quarter of 2020, the Company undertook several actions, including a planned consolidation of 14 branches expected to occur in September, to reduce expenses in light of the current and expected operating environment. These actions resulted in expenses during the second quarter of $1.8 million of severance costs and also $1.6 million related to the real estate write-downs.

The net proceeds received from the issuance of the Series A Preferred Stock were approximately $166.4 million, after deducting the underwriting discount and other offering expenses payable by the Company.