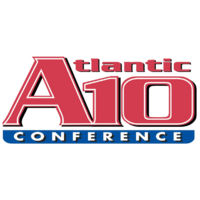 The Richmond Coliseum has served as the home to the A-10 Women’s Basketball Championship for the last three seasons.  The extension guarantees that the A-10’s signature women’s event will be held in the River City for the next two years.

“The Richmond Coliseum has been an outstanding home for the Atlantic 10 Women’s Basketball Championship, and Richmond is a strong host city with first-class amenities and a location that provides for easy travel,” stated A-10 Commissioner Bernadette V. McGlade. “We are one of eight conferences nationally that has a standalone neutral-site championship for women’s basketball, which is an important goal for our coaches and experience for our student-athletes, alumni and fans.”

“We are thrilled to have the Atlantic 10 Women’s Basketball Championship returning to Richmond in 2017 and 2018,” said Richmond Region Tourism President & CEO Jack Berry.  “It has been our honor to host this prestigious sporting event since 2014.  It is our goal to have a long and prosperous history with this tournament.  March Madness is the most wonderful time of the year.”

The 2017 A-10 Championship will also feature a new, enhanced format, with six first-round games being played on campus sites before heading to Richmond, Friday through Sunday, for the quarterfinals, semifinals and championship final games. The top two championship seeds will receive a bye, with the remainder of the field facing off in games hosted by seeds 3-8 for the first round. The first round will take place on the Saturday and Sunday prior to the weekend of the quarterfinals, semifinals and final. In 2017 that will be Feb. 26 and 27 with the three final rounds being played March 3-5.

All seven games in Richmond will be televised by the Atlantic 10’s media partners. The American Sports Network (ASN) will carry all four quarterfinal games, while CBS Sports Network will air the semifinal games. The championship game will be broadcast by the ESPN family of networks. All six first-round games will be available online on the A-10 Network.

“The new format puts more emphasis on the regular season and provides more opportunities for our fans to follow their teams,” said A-10 Senior Associate Commissioner Debbie Richardson, who oversees Atlantic 10 women’s basketball. “We have nationally competitive, outstanding women’s basketball programs with multiple teams in the postseason each year. Richmond is a great host and partner. We look forward to showcasing both Atlantic 10 Women’s Basketball and Richmond.”

George Mason just wrapped up its third season in the A-10. The Patriots earned the No. 9 seed and reached the A-10 quarterfinals for the first time in program history, falling to eventual tournament champ George Washington.

The Atlantic 10 had six women’s basketball teams qualify for postseason play in 2016 – three in the NCAA Tournament and three in the WNIT. George Washington defeated third-seeded Duquesne in the 2016 Championship final at the Richmond Coliseum, earning the league’s automatic bid to the NCAA Tournament, and was joined by Duquesne and St. Bonaventure in the field of 64. Dayton, Saint Louis and VCU were selected to take part in the WNIT.

The Richmond Coliseum has offered quality entertainment to the Richmond metropolitan area for over 40 years.

The Coliseum averages 130 events annually with an average annual attendance of over 600,000 patrons. The Richmond Coliseum seats nearly 12,000 for basketball and has extensive experience in hosting college conference championships. There have been three other leagues that have held their postseason tournaments at the Coliseum.