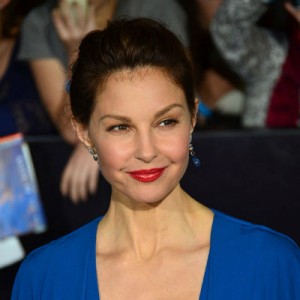 Virginia Film Festival organizers announced Wednesday that actress Ashley Judd will appear at its opening night world premiere screening of her upcoming film Big Stone Gap. She will join fellow cast mates including Patrick Wilson, Jenna Elfman, and Jasmine Guy along with writer/director and bestselling author Adriana Trigiani and Academy Award™-winning- producer Donna Gigliotti for a discussion that will follow the film.

The Virginia Film Festival, presented by the University of Virginia, is coming up from November 6-9 at a variety of venues on the Grounds of the University, downtown and beyond, and will feature more than 100 films over four days.

The Festival has also announced that a limited number of tickets to the sold out opening night screening will go on sale on Thursday, October 30 at noon at the Festival Headquarters Box Office at the Main Street Arena on the Downtown Mall.  The Big Stone Gap tickets will be available in-person at the Main Street Arena box office location only and will be sold on a first-come, first-served basis – limit 2 tickets per person.  Tickets will not be available by phone, online, or at the U.Va. Arts Box Office.

The Festival Headquarters Box Office opens on Wednesday, October 29 at noon and will remain open through the Festival.  Hours are noon to 6:00 p.m. from Monday through Saturday and noon to 5:00 p.m. on Sunday. For complete ticket information for the Festival visit http://virginiafilmfestival.org/tickets/.

“We are very excited to welcome Ashley Judd to the Festival and to what promises to be a really exciting opening night world premiere of Big Stone Gap,” said Jody Kielbasa, Director of the Virginia Film Festival and Vice Provost for the Arts at U.Va. “She is truly extraordinary in this film and I know our audience will love to see and hear from her.”

Big Stone Gap, written and directed by Big Stone Gap native Adriana Trigiani and based on her bestselling novel, stars Judd as Ave Maria Mulligan, the town’s self-proclaimed spinster who lives with her mother, runs the local pharmacy and directs the town’s outdoor drama. Her quiet life is suddenly thrown off course when she discovers a long-buried family secret that changes her life forever. Before she can even blink, Ave is fielding marriage proposals, fighting off greedy family members, organizing a celebration for visiting celebrities and planning a life-changing trip.

For more information on the Virginia Film Festival or to get your tickets today, visit www.virginiafilmfestival.org.