Army ranks: What are the facts 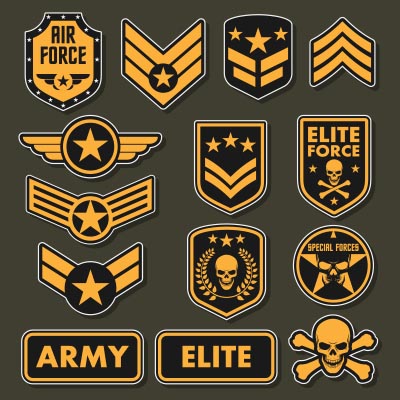 I’ve been interested in the United States Military Army ranks for as long as I can remember. One of my fondest memories is of my grandfather showing me the medals and ribbons he was awarded during his time in the Army. In fact, my family still has his rank insignias and medals proudly displayed in our living room, and I never miss a chance to talk about them to visitors. You can earn a great living in the Army, my grandfather was a lifelong career officer, and he provided plenty for his family. I couldn’t be more proud of my family’s service in the United States Army, and today i wanted to talk a little about the Army ranks, and what they mean, in the following article titled Army ranks: what are the facts?

Everyone who joins the United States Military attains the rank of Private. All you need to do is complete basic training and you then will become a Private in the US Military. Once you begin active duty you will get your first promotion to Private Second Class. The only way you can stay a Private is if you violate the United States army code of conduct, found guilty of some civil offence, such as a DUI, or assault. You could then even be demoted from a higher rank down to Private if the Military Court deems such an action is warranted. As with all ranks in the Military, a Private should always be addressed by his rank. It is not a sign of disrespect to call a Private his rank in formal situations, in fact, protocol demands it.

Getting a promotion in the Army ranks can be as simple as being in the right place at the right time. But there are some basic guidelines on how this is done quickly and efficiently. You want to master the following to really rise up the United States Army ranks: Your Duty Performance is really key, and impressing your ranking officer is always a good thing. Mastering Competence in the eyes of your commanding officer will be vital to getting promoted. You will also be graded on your Military Bearing, so be sure to brush up on how this is done, and be aware what this means can vary from assignment to assignment. The next thing you will be judged in is your Leadership, you will be expected to command troops, so you may as well begin leading right away. Some other things your commanding officer will look for are your training, accountability, and military and civilian education.

Rising in the United States Army ranks is a snap as long as you are dedicated to serve your nation from the morning bugle to until lights out at night. Getting higher ranks and pay grades is just a bonus compared to the distinction of serving the nation. The ranks, medals, ribbons, and certificates that you earn in the US Army will be honored by your family for generations, just as my home has all of the family’s service awards proudly displayed in our living room, so too will yours.

Author Jacob Maslow is passionate about writing. His experience and varied interests lend themselves to a diverse palette of topics ranging from technology, marketing, politics, social media, ethics, current affairs, family matters and more. In his spare time, Jacob enjoys being an active member of social media including groups on Facebook and taking in the latest movies.