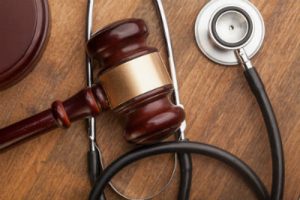 An Arizona man pleaded guilty today to a massive investment fraud conspiracy that cost victims tens of millions of dollars.

According to court documents, Kent Maerki, 78, of Scottsdale, the founder of Dental Support Plus Franchise LLC, and Janus Spectrum LLC, made a multitude of misrepresentations about those businesses in materials used to solicit investments, including during appearances on radio shows and in a presentation about investments in wireless spectrum he called “Money From Thin Air.”

Maerki, who has been barred since 1984 from working in the securities industry, acknowledged that he and his conspirators used a team of salesmen to solicit investments in extremely risky businesses that ultimately failed; made numerous material misrepresentations about the claimed investment opportunities; and continued to sell the investments without disclosing that the Securities and Exchange Commission, the Virginia State Corporation Commission, and the Arizona State Corporation Commission were investigating the conspirators for fraud.

Many of the victims in this scheme were elderly and losses exceeded $23 million, over $4 million of which went to Maerki.