Are underground raves the new thing? 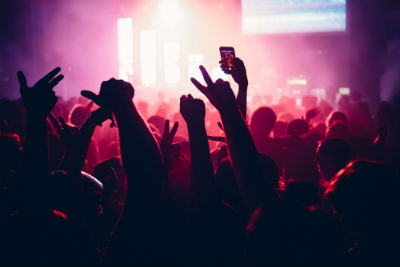 We know how you must be feeling right now. With everything going on in the world, it’s a tough challenging time. We are not allowed to hangout with more than 10 people in a group. We have to maintain 6 feet from each other and we are required to wear masks everywhere that we go. And the worst part is that we got all of our festivals that we have been planning on going to since last year taken away. So what is our option? I mean, we are accustomed to going to a rave at least once every other month if not every month. Are underground raves going to come back? Let’s take a look at the history of underground raves and why they are coming back during the COVID-19 era.

What are underground raves? They are raves that are illegal. They are done in secret places in abandoned warehouses and warehouses that have been forgotten. They are done under bridges or in mountains that are not easily accessible. Raves started in the 1980’s from dance parties to the emergence of European techno music combined with american house music. It started with people gathering at night in big groups and the numbers of people going to raves started. And it was not welcomed by the Americans. In fact in 1994 raves became completely illegal. The government believed that raves and ecstasy were combined, the government did not want children getting addicted to drugs so they outlawed all rave culture.

In the 2000s people started doing raves again, but in a different way. They were called tea parties. Tea parties were not underground raves but they had the same premise. They were parties where people would get together and dance. they became so popular that they became mainstream. They started off as a sort of anti-war protest because people we’re not happy with the war going on. That’s where PLUR was introduced. PLUR stands for peace love unity respect. A huge rule in the rave community is treat everyone with love and respect and that if we can be peaceful and unite as one the world would be such a better place. And in today’s world where so much negativity and hostility are going on PLUR is needed more than ever.

So what are the downsides to underground raves and are there other ways that we can all unite but in a safer way?

With underground raves becoming so popular it can actually be a little dangerous, you see underground raves are not monitored properly. At a regular festival as they are called they have medical personnel there in case you get sick or if something goes wrong. Oftentimes underground raves are in secret locations that might be harder to access, for example an abandoned warehouse or on a mountain side where the terrain going up might not be ideal for normal vehicles to go through. That is why some people that attend may get hurt and end up severely injured or in a worst case scenario dead.

With all the is going on with COVID-19 it is important to note that you are putting yourself at risk of getting infected by going. While you might not attend if you are sick, not everyone has that some mentality and some chose to go regardless or how well they feel or don’t feel. If you are not prepared and you aren’t healthy it can have bad consequences.

We understand how much you miss raving. We miss it too, but we still must ensure that we are following the law and doing our part to eliminate COVID-19 so we can go back to having fun legally.