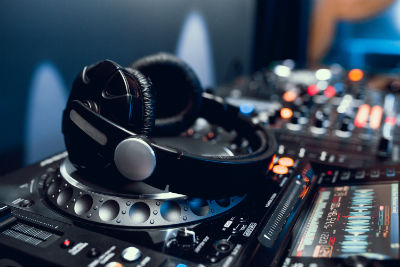 Even though the music industry has changed significantly, there are still new names and voices that are stepping into the field. One example is Anthony James Sledge, who is also known as Ajdaguru. He is one of the top up-and-coming music producers, digital marketing experts, and entrepreneurs in the world. Already, his newly released instrumental, Sledge Family Rules, made the iTunes 200 charts in South Africa. Even though he does not have a professional background in social media management, he has already built a tremendous following on numerous social media platforms, including Instagram.

The highlight of his career so far is the founding of Inyaearhiphop.com, which is a blog that is solely dedicated to the music scene surrounding hip hop. Already, it is considered one of the most popular resources in the world for those who are looking to learn more about the hip hop culture. With news that hip hop is starting to surpass rock and roll in terms of popularity, AJ is in a prime position to become an expert, authority, and leader in the field.

Anthony James Sledge is already considered an expert in the field. He has a unique knack for identifying hidden gems in the rough, running his very own blog while receiving outstanding support from Cardi B, Rick Ross, and DJ Khaled. In addition, numerous media outlets have already paid close attention to everything that Ajdaguru has been able to accomplish thus far. This includes editorials on the London Daily Post, Huffington Post, Complex, and NewsBreak. Already at the forefront of the music industry thanks to his ability to understand market forces and capitalize on them, Anthony has made a name for himself.

Ajdaguru builds a career from the ground up

After graduating from high school back in 2004, Sledge decided to dedicate his life to music. Even though he struggled with financial problems at the beginning, he realized that music was a healthy outlet for the stresses that he was experiencing. Therefore, he decided to dedicate this time to producing music and composing. During that time, he adopted his first street name “Livefromtheblok”, which he eventually changed to Ajdaguru. He realizes that he had a knack for producing music, which led him to where he is today.

In 2014, Sledge decided to start his very own hip-hop blog. Initially, the goal was to simply share hip hop culture with the rest of the world. Eventually, he realized that he was developing a powerful online presence. Within a year, he was already connecting with record labels. There were new doors and opportunities that were opened to him thanks to his hard work.

By 2016, he was already recording live performances of countless artists. For example, he even conducted an interview with Lil Uzi Vert. From there, he went on to launch three separate hip-hop showcases that were designed to promote up and coming artists. Now, Anthony James Sledge has one of the most powerful platforms in the hip-hop world.

Even though he has enjoyed a significant amount of success at a relatively young age, Anthony knew that he had a long way to go. For him, the sky’s the limit as he tries to make all of his dreams come true. It will be exciting to see what happens next for him.