Annual planting estimates may be inaccurate due to COVID-19 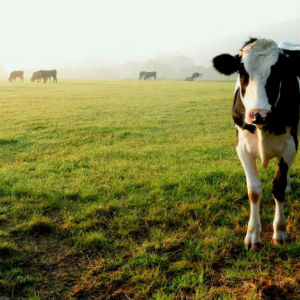 The intentional acreage reports––the findings of annual surveys asking U.S. farmers how many acres of specific crops they intend to plant––were merged into a comprehensive report and released March 31. The report predicts a boost in planted corn and soybean acreage this year, with a slight decrease for wheat acreage.

The annual planting report helps speculators predict how many acres of crops will be planted and assists commodity traders in setting prices. However, data from the report is likely inaccurate since farmers submitted surveys in early March, before the coronavirus pandemic became a national emergency.

“The crazy thing is the world has completely changed since the first week of March,” said Robert Harper, grain division manager for Virginia Farm Bureau Federation. “Speculators will take the prospective plantings report with a grain of salt.”

The USDA report estimated farmers intend to plant 97 million acres of corn, which is an 8% increase over 2019. Soybean acreage is expected to be 83.5 million, which is a 7.4% jump from last year. But estimates for planted wheat acres are the lowest since 1919––dropping 600,000 acres compared to last year’s plantings.

Because the circumstances of the pandemic are constantly changing, USDA officials said growers can still alter their planting intentions, especially if they want to react to any emerging consumer trends.

“The first week of June, the USDA will survey everyone again, and on the last day of June they’ll release an acreage report––the official number of what was actually planted,” Harper continued. “This takes the variable out of the equation determining what total production is. If there’s more surplus, they lower the prices. They’re always trying to figure out if we’ll have leftovers at the dinner table.”