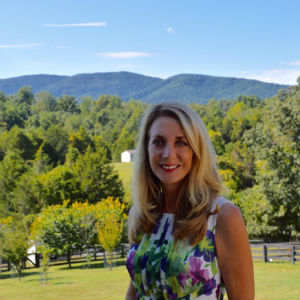 Angela Lynn sent a statement of thanks to supporters and volunteers who aided her 25th House District campaign, Lynn came up short in her bid to unseat Republican Steve Landes in the 25th, which includes portions of Albemarle County, Augusta County and Rockingham County.

“The votes have been counted and our voice has been heard. Unfortunately, we have come just short of being the change we need.

“While the result wasn’t what we had hoped for, the hard work and dedication of all those involved with the campaign will not go to waste.

“I would like to thank all my help and supporters throughout this campaign. I am proud of all the people who came out and worked hard to ask people to take a stand for democracy by voting. The hard work and the dedication of these defenders of freedom will go on. I am awed by the diligence and perseverance that they have demonstrated before and during this campaign and will continue for many more elections in the future of our Commonwealth.

“From the outset, this campaign has been one of the people, and our supporters sparked a movement that will only grow. The people that I met at their doors and their workplaces assured me that they will not be caught off guard and will have each other’s backs. We will continue to work for those goals that empower each other and elect more people who will defend the rights of all Virginians.

“I am proud and happy to be on the team fighting for everyone’s rights and I will continue to support candidates who reflect those values. Thank you for all the generous support that fueled the campaign and made it possible to reach more homes.

“Your hard work and perseverance has sent a message that we can no longer be ignored.”