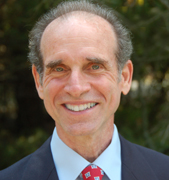 Good for you for standing your ground. I hope you’ve noticed how useful, for the overall political picture, it has been for you to hold firm and leave this Republican Party exposed as the reckless, anti-democratic, warlike force it has become.

Helping the American people see clearly the nature of the force that’s taken over that Party is and remains Job One, because none of the other important tasks that confront us as a nation can be tackled successfully so long as they retain the power to prevent good things from being accomplished.

If you’re going to be able to accomplish anything with what remains of your presidency, therefore, it is essential that after the 2014 elections, either the Republican hold on the House has been broken or the Republicans have been compelled to become a normal political party again.

Your top priority, therefore, must be to continue to press the attack on the destructive and dishonest spirit that now drives the Republicans. Already, thanks to your refusal to yield to blackmail, the American people –seeing the arrogance and indifference of the Republicans—have driven their approval numbers down to the lowest level ever measured for either political party.

As the Republicans figure out just how best to hide the reality of their surrender, I hope you will resolve to come out of this immediate confrontation resolved to press the battle. Whenever the Republicans lie or engage in illegitimate political tactic, call them on it.

Your bold statements about the Republicans during this shutdown have been jabs that landed well.  Keep it up. Keep throwing those punches whenever those Republicans act contrary to the public interest and to our nation’s political norms.

Seize the moment. Until the Republicans become constructive partners in governing the country in the public interest, press the battle. Be constantly on alert to opportunities to shine the spotlight on the lies, the cruelty, the unwillingness to play by the rules, the insistence on making politics a kind of warfare, the indifference to the greater good.

Only when this dark spirit that’s arisen on the right has been driven far away from power will America be safe again.