Analyst: ‘Who will actually show up to vote?’ 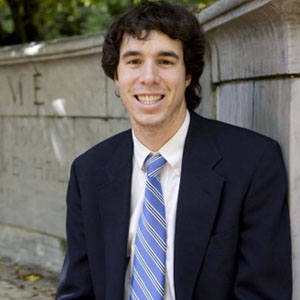 We’re nearing the final week of the 2010 midterm elections, and one of the marquee races on the national stage next Tuesday night is right here in our backyard.

Democrat Tom Perriello is trailing in the polls to Republican challenger Robert Hurt, a state senator from Southside who has run in many ways the perfect campaign, avoiding controversy and keeping the focus on Perriello and his votes on controversial health-care reform and jobs issues.

I interviewed University of Virginia Center for Politics House race editor Isaac Wood on Monday to talk about the Perriello-Hurt race, which was fated to be a tight race, Wood said, almost from the moment that Perriello was certified the upset winner in 2008 over long-time Republican incumbent Virgil Goode.

“Republicans had it at the top of their target list following Tom Perriello’s slim victory in 2008. Obviously 2010 has turned out to be a very different year than 2008 was. In 2008, Democrats were riding high. Now it’s the Republicans’ turn,” Wood said.

The question heading into next Tuesday, Wood said, “is who actually will show up to vote?”

“Democrats believe they’re going to have a superior get out the vote effort as far as bringing their supporters to the polls and making sure that they actually do register their opinions. On the other hand, Republicans say that their side is more fired up, more excited about voting – so forget the get out the vote operations, they’re going to be running to the polls on their own,” Wood said.

Watch the podcast with Wood to hear more of what he had to say about the Fifth District race and to get Wood’s take on the battle for control of Congress heading down the home stretch of the 2010 election cycle.

Story and interview by Chris Graham. Chris can be reached at freepress2@ntelos.net.