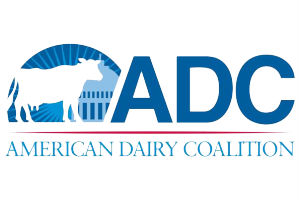 The American Dairy Coalition has sent a letter to EPA Director Andrew Wheeler requesting he submit a flawed and damaging 2013 EPA nitrate report to attain the science review it never received.

The ADC is concerned for the farmers that have already been severely affected by this so called scientific research study report and believes EPA must stop a dangerous precedence from being set which could impact other farmers throughout the U.S. Director Wheeler was also urged to remove the study from further enforcement action and litigation pending the review.

“It is vital that the administration demonstrate their commitment to maintaining the integrity and transparency of science. The current status of this report sets a very unfortunate precedence for the value of science-based actions and represents a profound opportunity to preserve fundamental principles and standards,” said Laurie Fischer, CEO of the American Dairy Coalition. “Support for this administration has been strong from the farm community because of positive changes in the EPA. However, the lack of action in carrying out this scientific peer review may cause that support to wane.”

The letter submitted to EPA Director Andrew Wheeler states, “This report, proven false by fifteen national agricultural science experts, was developed without the peer-review required on “influential science information” as the study was categorized. When approached about the error, staff attempted to conceal the failing by falsely claiming the report was not categorized as ‘influential’, but ‘other’, allowing for full discretion in peer reviews.”

The EPA Yakima Nitrate Report began in 2010 and was published in 2012 and 2013. Despite some of nation’s top scientists and agronomists finding the study to be deeply flawed and other government agencies cautioning its use, EPA Region 10 staff still used the study. This led to highly disciplinary enforcement and threats of federal litigation, which has devastated four large dairy farms. Specifically, these four dairies were pressured into signing a very punitive Administrative Order on Consent, resulting in the loss of one dairy and requiring the remaining to spend upwards of $15 million to comply. Further, the report has been used by an Oregon environmental attorney to force extremely costly settlements with a number of Washington dairy farms, resulting in the loss of farms and creating extreme distress within the entire Washington dairy community.

Deepening the concern, the same Region 10 leadership supported the use of $550,000 of tax payer money on public relations and lobbying campaigns against farmers. With this finding in 2016, over one third of the members of Congress were compelled to write EPA Director McCarthy complaining of this action, which prompted an Office of Inspector General investigation that found the campaign did involve state lobbying.

Also, a former senior agronomist with the USDA provided a detailed analyst of the study, finding it to be fraudulent.

The documentation may be viewed at https://savefamilyfarming.org/blog/category/clean-water/clean-groundwater/epa-nitrate-study.