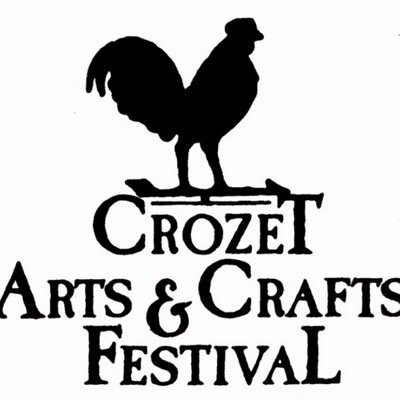 The Crozet Fall Arts and Crafts Festival joins with retailers and art institutions nationwide in celebration of American Craft Week.

Open to the general public on Saturday and Sunday, October 8 & 9, at Claudius Crozet Park in Crozet VA, this American Craft Week event will feature over 100 juried fine art and craft Exhibitors showing and selling their handcrafted work. Craft demonstrations in blacksmithing, woodcarving, plein aire painting, and more will be ongoing throughout the weekend. The Festival also features live music in a variety of genres and styles, a special Children’s Area, great food, and Virginia wine and draft beer by the glass.

American Craft Week began as a small, grassroots effort to enhance the knowledge and appreciation of handmade craft. Now celebrating its seventh anniversary, American Craft Week is a well-established, national event celebrating the tradition of American craft in artists’ studios, galleries museums, schools, and festivals. This year’s official celebration will be held Oct. 1 – 16, and for the first time all 50 states are participating, including the District of Columbia, and three foreign countries (US Army bases in Germany, Japan and South Korea).

“American Craft Week has caught the imagination of so many supporters,” said Diane Sulg, founder and co-chair of the event. “With the growing appreciation of both artisan products and American-made goods, craft is highly regarded for its strong design, quality materials, expert workmanship and enduring value.”Since its inception in 2010, American Craft Week has grown from 240 to more than 1000 participating events, all inviting the general public to enjoy a wide variety of educational, commercial, charitable and festive ways to celebrate craft.