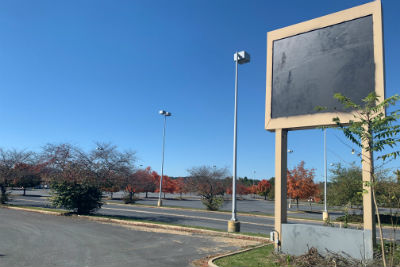 Amazon confirmed today that it will be using the former Kmart on West Main Street in Waynesboro as a delivery station, as Augusta Free Press first told you was going to happen way back on Oct. 8.

Hat tip to our reporter who broke the story, Rebecca J. Barnabi.

We’re obviously lucky to have her on staff.

The 2712 W. Main St. building has been vacant since Kmart closed the 92,000-square-foot store in 2018 as part of a nationwide restructuring.

“The addition of the Amazon delivery station to the Waynesboro economy is encouraging for our city and citizens,” Waynesboro Mayor Bobby Henderson said in a statement. “2020 has been challenging for our community and many others; this facility provides positive reinforcement that our future is bright. We welcome Amazon to the community. We appreciate their commitment to our area and the job opportunities for our citizens.”

Details about employment opportunities will be announced at a later time.

This is big news for Waynesboro. Empty big boxes tend to maintain that status.

“Transformation of this former retail building into a vital ecommerce facility is important to the city as we rebuild our economy and prepare for the future.  We are looking forward to working with the Amazon team to open the station,” said Greg Hitchin, Waynesboro’s Director of Economic Development and Tourism.