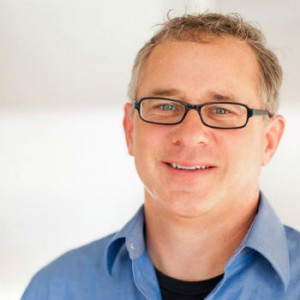 From a developer’s perspective, the three-acre hilltop property a mile southeast of Eastern Mennonite University’s campus has significant challenges, including topography, road access, buried utility lines, and the livestock auction next door. And so it sat mostly empty, as Harrisonburg grew up and around it.

That’s changing later this fall, when bulldozers break ground on a 35-house development conceived and led by Dean Weaver ’89. With relatively little experience as a developer, Weaver focused more on the property’s opportunities rather than its challenges and jumped in with both feet.

“I didn’t know better. It seemed like the right thing to do … so I just did it,” says Weaver, who learned the hard way that securing planning and zoning approvals for an unconventional idea on an unwieldy site can be a long and tough process. “Here I am three and a half years later.”

Weaver’s goal for Collicello North – named for Collicello Street, which runs through the property – is to recreate the feel of an old, traditional neighborhood where different kinds of people can be united by an affection for the place and the people who live there. (Weaver uses the traditional pronunciation with a soft “c,” “Colli-sello,” although some in the neighborhood say “Colli-chello.”)

He hopes the mixture of detached homes and townhouse-style units will attract buyers of different ages and budgets. Most of the houses will face a central green area, with parking relegated to alleys in the back, a decision designed to encourage residents’ sense of “being connected, being community,” Weaver says. The master plan also includes a small amount of mixed-use space for commercial or office use.

Sustainability is another important part of the concept. The homes will be on the small side relative to the American norm, ranging from 900 to 1,800 square feet and emphasizing living space quality over quantity. Each house will come with a 3-kilowatt solar array on the roof, allowing homeowners to generate much of their own electricity.

Kirsten Parmer ’93, director of marketing at Blue Ridge Architects, emphasizes its location within walking distance of EMU and downtown Harrisonburg, and a connector path leading to the planned Northend Greenway biking and walking trail.

“I believe that our culture is waiting for this,” says Weaver. “I think we’re primed and ready for it.”

After college, Weaver worked in construction for a while before starting an irrigation company. Housing development is a more recent interest that he’s pursuing in his role as special projects manager at Blue Ridge Architects, a company in downtown Harrisonburg led by Randy Seitz, class of ’87.

With design work handled by Blue Ridge Architects (which is also EMU’s architectural firm), Weaver will manage construction of Collicello North through another company he started with Seitz, R+D Building Systems. He hopes to set a close-knit, collaborative tone for the project, beginning with financing, development and design and continuing throughout construction. Making things as welcoming as possible for small contractors – e.g. minimizing paperwork and paying every two weeks – figures into his desire to “do my part in living in a nice community.”

Weaver feels confident that enough others want to live in the kind of nice community he has in mind that he’ll be building out Collicello North on spec, rather than waiting for individual lots to sell.

“If I build it, they will …” he says, before trailing off with a chuckle. It’s probably bad karma for a developer to say something like that, he admits.