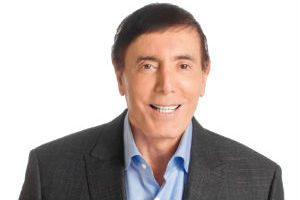 Kosovo became the youngest country in Europe when it declared independence in 2008. Sadly though, Kosovo continues to suffer from mounting problems, including a lack of experience in governing, rampant corruption (especially at the top echelons of the national government), dislocation of human and natural resources, bitter political rivalries, and undue influence by foreign powers. Although these problems and others have impeded Kosovo’s progress, the country has tremendous potential if it only mobilizes its human and material resources and establishes a cohesive national agenda aimed at addressing its woes and unraveling the web of problems that have plagued the country from its inception.

As a young country, it is expected that many of the following problems would occur. But given its youth and being that its very existence is still contested, Kosovo must focus on addressing its national shortcomings to enable it to stand on its feet and cement its independence while growing and prospering.

Weeding out corruption: There is nothing more debilitating to the country than widespread corruption and organized crime, which have infected much of the government as well as the private sector. Kosovo ranks low—101—on Transparency International’s 2019 Corruption Perceptions Index listing 180 countries from least to most corrupt.

Whether appointing cronies unqualified to government posts, cutting corners in businesses, wantonly spending government funds, compromising national interest for personal financial benefit, making unsavory deals with foreign entities, and squandering money on projects for political favors, all severely limit Kosovo’s progress and undermine its standing in the eyes of the international community. Weeding out corruption is a must, especially if the country wants to attract foreign investment and financial assistance, which are critical for its flagging economy.

Strengthening democracy: Central to its future wellbeing and eligibility for EU accession, Kosovo must adhere to the democratic principles on which it was founded and strengthen its democratic institutions. Moreover, since Kosovo had successive governments characterized by fragile, dysfunctional, and weak coalitions, it must now focus on repairing its mismanagement by being transparent and accountable and scrutinize scandalous decisions by leaders. It must also allow for independent oversight bodies and the enforcement of the rule of law, as progress on improving human rights protections was slow in recent years according to Human Rights Watch.

Despite Kosovo’s comprehensive legal framework for the independent media sector, little progress was made in implementing this framework in practice. In the first eight months of 2018, the Association of Journalists of Kosovo documented 13 cases of threats and violence against journalists. A free media, speech, assembly, and peaceful protest must be treated as sacrosanct as they are the pillars on which democracy thrives or dies. Moreover, the government must ensure individual freedoms in all walks of life, protect minorities and vulnerable groups, and safeguard human rights and equality before the law.

Mobilizing human resources: Kosovo is one of the continent’s poorest and youngest countries. Unemployment is almost 30 percent, disproportionately affecting the young. Kosovo’s treasure of young people—53 percent of the population is under the age of 25—have futures in limbo due to the limited opportunities to grow and prosper professionally.

Many young adults with university degrees who could become significant contributors to the building, growth, and prosperity of the nation end up leaving the country for better job opportunities. This brain drain is the biggest loss for the country. The government must plan and institute national programs to provide a better future for the young who would otherwise be gone permanently.

Investing in sustainable development: Sustainable development projects involving community input—be that land development, afforestation, collective produce and animal farming, and manufacturing of house-hold products—will be a critical national program. These projects will provide thousands of young professionals the opportunity to work closely with their communities, use their skills, and develop a sense of belonging as well as a vested interest in the development of their projects. This will help improve living standards in rural communities, increase competitiveness in agriculture, and allow the young to develop skills to the benefit of all.

For example, $2 million will achieve profoundly impactful community projects in water management (drinking and irrigation) and school infrastructure, women’s cooperatives and adult education, food security and unalienating production, and enterprises based on local capacities and self-described goals. Kosovo represents a real opportunity for widescale poverty alleviation and sustainability driven by people-powered change. However, it requires investment in strengthening people’s skills in local community planning of life-enhancing initiatives and managing participatory movements for development and social change.

Reforming and expanding education: No country can harness its human resources unless it makes education at all levels a priority. Investing in education is the best investment and most profitable in the long-term. In Kosovo, education is lagging behind.

The government must spare no effort in making education available. Although elementary and high school education is compulsory, the government investment should focus on the quality of education and by giving priority to the sciences and technology. Undergraduate and graduate students should be able to earn their degrees free of charge provided that they commit to perform a community service (such as firefighting, disaster relief, and community elder care) for the same number of years as their schooling years.

Restructuring the energy sector: Kosovo needs to embark on a national program that reforms the energy sector by focusing first on renewable energy sources, harnessing in particular solar and wind while tackling major environmental and health problem which are badly affecting the country.

Since Kosovo aspires to become an EU member state and wants to become energy independent, it should not invite Turkish energy companies to explore its vast reservoir of energy as Turkey wants to control the energy sector. Instead, Kosovo should work in partnership with European and Israeli energy companies to guarantee sovereign control over its energy resources while ensuring a reliable energy supply.

Turkey views Kosovo as a province of its would-be neo-Ottoman Empire, and Erdogan’s investments in mosques and major national projects, including Kosovo’s airport and energy distribution network, are controlled by Turkish companies designed solely to keep Kosovo in Turkey’s influence. Yes, Kosovo needs foreign investments, but it must never accept any investments from foreign governments that compromise its independence.

Russia, on the other hand, has used its veto power at the UNSC against recognizing Kosovo. Putin’s aim in this regard is to isolate Serbia from Europe and bring it into Moscow’s orbit: as long as Serbia does not recognize Kosovo, neither country will be eligible for EU membership, as the EU made mutual recognition a pre-condition to their integration.

Expanding the technological sector: Given the rapid development of digital technology, Kosovo has an unprecedented opportunity to further advance in this area, especially now that Israel has recognized Kosovo. Israel, being the world leader in this field, can assist Kosovo in the development of its technological industry without any strings attached.

There are several IT startups in Kosovo who began at the Innovation Center Kosovo (ICK), a high-tech complex whose mission is to create jobs and business opportunities “in Kosovo’s IT and ‘green energy’ sectors through innovation, entrepreneurship and investment.” Indeed, partly due to ICK, Kosovo enjoys thriving IT startups; it can emulate Israel and become the IT hub of the Balkans.

Certainly, many of these programs and initiatives require significant funding. While the EU, the US, the World Bank, and the IMF will continue to assist financially and provide long-term loans, it is essential that Kosovo harnesses its own natural resources, especially in the energy sector. This would give Kosovo over a period of five years the funding it needs to invest wisely and provide job opportunities for tens of thousands of people, especially the young.

Thousands of Kosovar Albanians have sacrificed their lives to see Kosovo rise from the ashes of war. They bequeathed the country to this generation who must honor their sacrifices and never again allow a foreign power to impede their march toward a real democracy. They must stand tall and strong because it is only from that position of strength and vigilance Kosovo will march confidently toward true independence.