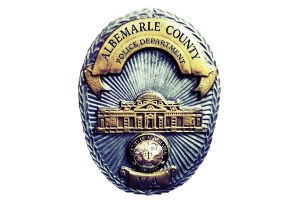 Albemarle County Police Chief Ron Lantz announced the promotion of Capt. Sean Reeves to the role of deputy chief of police of the ACPD’s Operations Bureau.

“We are excited to have Maj. Reeves step into his new position as deputy chief,” Lantz said. “His experience strengthening the ties between our police department and the community we serve will be a valuable asset that we look forward to building on in the coming years.”

Reeves briefly served ACPD in 2001 before he was called back to active duty with the United States Army, where he served prior to his recruitment to ACPD.

Reeves returned to ACPD in 2003, and since that time, has served the Albemarle County community as a patrol officer, detective, SWAT team operator, Honor Guard member, internal affairs investigator, in several supervisory roles, and as a community liaison with the local Latinx population.

“I am honored to have served Albemarle County for the past 17 years,” Reeves said. “I look forward to continuing our focus on community-based policing by working with individuals and business owners to ensure our department best reflects and serves our changing community.”

Reeves will oversee the bureau responsible for providing traditional policing services through the Patrol Division. Also housed in the Operations Bureau is the Operational Support Division, which is responsible for traffic safety education and enforcement, as well as K-9 support, problem-oriented policing, school resource officers, and the Animal Protection Unit.

More than 70 percent of ACPD’s sworn staff is assigned to the Operations Bureau.

Throughout 2020, a series of promotions were made for a total of 12 ACPD officers. These promotions provide new perspectives to established positions within the department. It also provides continued and varied experiences for these officers to develop as leaders and forge new relationships with the people of Albemarle County.
“These men and women have dedicated themselves to providing upstanding service to Albemarle County, and our community is all the better for it,” says Chief Lantz.