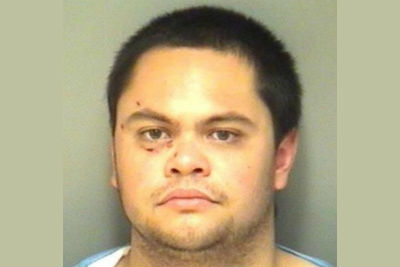 A man detained by a citizen in a Sept. 11 attempted robbery is now a suspect in a string of felonies across the Charlottesville-Albemarle County area.

The charges include a structure fire at Summers Market on Sept. 4.

A second investigation was conducted by the Charlottesville Police Department after an attempted Sept. 11 robbery with a knife occurred in which a citizen detained the suspected robber.

Charlottesville Police identified Key as the suspect in that incident, and then ACPD and ACFR confirmed Key was also a suspect in the Summers Market incident.

Key is currently in custody at Albemarle-Charlottesville Regional Jail.

This investigation is ongoing at this time. Anyone with information regarding these incidents is encouraged to contact Detective Nick Richardson with the Albemarle County Criminal Investigations Division at 434-296-5807, Captain Micaiah Ledford with the Albemarle County Fire Marshal’s Office at 434-296-5833, or Crime Stoppers at 434-977-4000 or CrimeStoppers@albemarle.org.