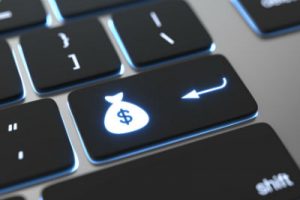 Virginia has joined a bipartisan 43-state multistate coalition reaching a $39.5 million settlement with Anthem over its massive 2014 data breach that involved the personal information of 78.8 million Americans.

As part of the settlement, Anthem has also agreed to implement a series of data security and good governance practices designed to strengthen its practices going forward.

As its share of the settlement, Virginia will receive $1,404,487.61 for the nearly 3.8 million Virginians who were affected by the data breach. Anthem is Virginia’s largest insurer and the second largest insurer in the nation.

“Almost 3.8 million Virginians had their personal information compromised because of Anthem’s failure to implement adequate information security programs,” Attorney General Mark Herring said. “In this day and age, when most of our personal information is digitized, I expect businesses of all sizes to make securing this data a top priority. While I hope that this settlement helps Virginians who were affected by this data breach, I want to also urge consumers to remain vigilant and continue to monitor all health records and financial statements.”

Under the settlement, Anthem has agreed to a series of provisions designed to strengthen its security practices going forward. Those include:

In the immediate wake of the breach, at the request of the states, Anthem offered an initial two years of credit monitoring to all affected U.S. individuals.

In addition to this settlement, Anthem previously entered into a class action settlement that established a $115 million settlement fund to pay for additional credit monitoring, cash payments of up to $50, and reimbursement for out-of-pocket losses for affected consumers. The deadlines for consumers to submit claims under that settlement have since passed.

The Office of the Attorney General works to ensure that companies hit by database breaches comply with Virginia law by notifying affected Virginians. Because data breaches lead to an increased risk of identity theft and fraud, all Virginians should regularly monitor their financial accounts and credit reports.