Aging adults get overwhelmed with mental health disorders: Is there a solution?

Relaxing by the beach, listening to the waves gently crashing on shore, walking with your loved ones hand in hand with sand under you feet – these are the mental images of the 30-40 year olds who are stressed out by the monotony of their daily lives. But what about the baby boomers or the retirees who are already spending an idle life? What kind of imaginations do they have about breaking the monotony of their lives? As they transition from their fast-paced lifestyle to a rather slower one, they are often met with mental health barriers to an extent where they are left questioning themselves, ‘How am I supposed to spend the entire day tomorrow?’ 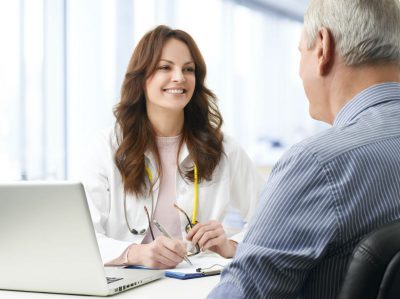 The President of Mental Health America, Paul Gionfriddo, claims that untreated situational depression is extremely harmful and he also says that depression is such a serious mental health disorder that it can’t be downplayed among the elder Americans. He suspects that as the future generations grow older and as the number of Baby boomers keeps increasing, more and more people will be diagnosed with depression at the later ages. People who have never had any kind of mental dilemma will then suffer from some just because of the change brought about to their lives by retirement.

A serious threat to the health care system in the US

If the aforementioned data comes out to be true, there is definitely going to be a rather serious threat to the mental health care system as the population in America keeps growing older. The US Census Bureau have also given us predictions that around 1 among 5 American residents will cross 65 years of age by the end of 2030. One among four adults above the age of 65 years will suffer from some kind of mental health issue which is directly related to aging.

With the advancements in the field of medicines and health care, Americans are also living longer and as the entire population ages, the field of mental health care will have to be equipped better to treat a generation which is more vulnerable to experiencing mental illness during their lifetime.

Baby boomers are gearing up for a heavy storm

In the year 2015, as per the Gallup poll, it was found out that 22% of the baby boomers were all living with depression throughout their lifetimes and this was at a way higher rate than the adult age brackets. Gionfriddo also claims that this storm will make the entire generation of baby boomers even more vulnerable and susceptible to concerns regarding mental health. In general people are living longer due to the more sophisticated treatments and conditions.

If you take a retrospective glance, you’ll see that the loss of near and dear ones, isolation and other medical issues were the main risk factors behind the people who age. Moreover, most of them are being subject to retirement when they’re not pretty sure about whether or not they are happy to accept retirement. Most of the baby boomers are not yet ready to leave back their leadership roles or high-powered jobs which give them a sense of self-esteem and self-confidence.

Assessing the mental health concerns of a senior person

According to general expectations, we always expect that with old age, our elderly family members will gradually slow down. However, if there is a considerable drop in energy or you find a noteworthy change in behavior or mood, this may become a serious concern. Are you aware of the different ways in which you can assess the mental health needs of your loved ones? Here are some tips:

Unlike dementia where you could immediately seek help of dementia care Brisbane services for the patient, treating depression is a tad bit different. This is a medical illness which mostly goes unnoticed and hence untreated, especially when it occurs to the elder adults. People think that it is normal to feel sad once in a while as the elders usually suffer from loss of friends or loss of spouse which has a drastic effect on their mental health. In case any of the below mentioned symptoms continue for a long time or start interfering with your everyday life, you can be sure that it is depression:

Whenever a person suffers from a chronic illness or has restrained ability to function normally, you can be careful about the fact that the person might develop depression. Don’t delay the process of seeking treatment especially if it is your loved one who is suffering from the disease.

Differentiating between dementia and depression

There are times when doctors or inexperienced health professionals mistake depression for dementia. Dementia is a gradual decline in cognitive abilities which can be caused by stroke, Alzheimer’s, other illnesses or even brain tumor. People who are living with dementia will usually face issues with minimum 2 areas of their brain, language and memory.

When an older adult suffers from depression, he might sometime exhibit symptoms which are similar to dementia like inattentiveness, disorientation or forgetfulness. This is often given the name of pseudodementia and these symptoms set in soon after the person started exhibiting symptoms of depression. A person with pseudodementia will complain about loss of memory or he may even try to hide his memory loss.

It is pretty normal that a person who has dementia will develop depression. However, before depression, there will already be some level of cognitive decline. Few other emotional and psychological issues can also arise like paranoia, anxiety, anger and loss of inhibitions. It is only by carefully analysing the symptoms that you can differentiate between dementia and depression. Even if you can’t do that on your own, it is always better to seek help of a mental health professional.

Are there possibilities that your loved one could be suffering from dementia or depression? Do you find a significant change in behavior or energy level? If answered yes, you may take the following steps:

Due to the soar in the number of mental health issues among the seniors, the people who are developing depression are always at a risk. If you find them speaking negative things on life, you should immediately take note of such adverse comments. In case there is a case history of suicide in your family, you should pay even more attention to such comments. Report all such comments to the doctor of your loved one and motivate him to seek help of treatment. For the older adults who have a suicidal mentality, firearms can become a heightened risk.

Diagnosing dementia – How to determine a solution

Diagnosing a type of dementia can often become a challenging task. When people have cognitive impairment, they suffer from dementia and gradually lose ability to perform their regular activities like paying bills, taking medicines and driving safely. In order to properly diagnose dementia, the doctor should recognize the way in which the patient loses his skills and his functioning ability. He also has to realize the tasks that the patient is still able to do. Recently, there are biomarkers which can easily diagnose Alzheimer’s and start giving medications to the patient for early recovery.

Dementia care at home – What steps should the caregiver take?

Dementia caring is certainly daunting but it is not at all impossible, even more when it is your mom or dad who has been attacked by the disease. Unless you educate yourself on the disease and maintain a strictly positive attitude towards the patient, you’ll never be able to motivate him. Adopting a positive attitude is certainly the best attitude that a caregiver should adopt.

Once you start taking care of a dementia patient, you will suddenly meet new challenges everyday as the behavior and thought process of the person will keep changing as with the progress of the disease. Here are few vital factors that you should keep in mind before you accept the role of a caregiver.

Regardless of whether you’re caregiving a person in your family or you offer professional care, don’t fret to seek help of anyone if you fail to understand the person. You’ll find many support groups helpful. Once you sign up with such support groups, you’ll get to know other people who understand dementia patients better than you. You will learn new tactics to take care of the person with dementia. It is not too easy a task to give care to someone with dementia as the patients often need a compassionate hand for help.

Dementia care begins with empathy and compassion and this holds true among all sorts of relationships. The dementia sufferers are usually most likely to feel confused most of the time about where they are, what their name is, what their address is, which time of the day it is and which locality they live in. If you felt like this, how would you want yourself to be treated? It is the same type of behavior that you should exhibit towards the person.

Although it is true that loss of memory is one of the biggest symptoms of dementia but there’s more to it. Few other kinds of dementia like Pick’s disease, frontotemporal dementia usually manifest by bringing about drastic changes in personality way before memory loss. It entirely depends on the part of the brain that has been affected by the disease. Even though memory loss can be an apparent symptom, yet it is never the only symptom of dementia. In the advanced stages, people are also unable to go to the toilet or dress themselves without help.

While empathizing with the caregiver, make sure you’re realistic enough about what success means to them. You only achieve success when the person whom you’re taking care of feels comfortable under your supervision. He should be able to forget his bad days and bask in the glory of the good days that he spends with you. Majority of the dementia forms are irreversible and they get worse with time. So, plan your actions accordingly.

Therefore, now that you know the tactics of taking care of someone with dementia, follow them to the ‘T’. Hire a professional at home when you feel tired of caregiving.