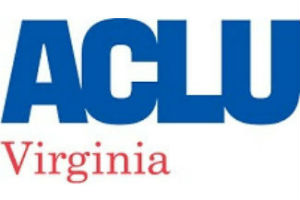 The American Civil Liberties Union of Virginia announced today that Claire Gastañaga will retire from her position as executive director effective March 31, 2021, or as soon as a successor is found.

Gastañaga was hired in 2012 and has significantly grown the impact of the organization.

“Claire will be sorely missed,” said Steve Levinson, president of the ACLU of Virginia Board of Directors. “Over her eight-year tenure leading the ACLU of Virginia, her expertise as a civil rights attorney and her passion as an advocate for equality and civil liberties has inspired both the staff and the Board and has generated positive change throughout the Commonwealth. We are grateful that she has agreed to stay on to help us transition to new leadership for the affiliate.”

Additionally, the affiliate’s resources have expanded to allow the organization to invest in making and sustaining important and lasting change for people across the Commonwealth.

Gastañaga has led the organization through times of enormous challenge by building coalitions to achieve specific goals, adapting to the ever-changing political landscape, and remaining persistent and resilient.

Said Levinson, “Her systematic approach, her eloquence with the written and spoken word, her thorough grasp of the law, her ability to hire people of great talent, and her instincts for forging alliances, have positioned the organization and new leadership for even greater growth and impact in the future.”

“I’m profoundly grateful for the eight plus years that I’ve been honored to serve as the executive director of the ACLU of Virginia,” stated Gastañaga, “but now is the time to make room for new leadership while continuing to be an agent for change in Virginia in a way that is authentically me.” Gastañaga says she hopes to play an active role in electing the next generation of Virginia’s statewide leaders in 2021. “I will not be leaving the work, just this workplace.”

During Gastañaga’s tenure with the ACLU of Virginia, some of the organization’s many notable accomplishments include:

In assessing the work of the ACLU of Virginia during Gastañaga’s tenure, Levinson concluded, “Because of Claire’s enhancement of this organization in so many ways, we have been at the forefront of the most important Constitutional battles of our time, defending our Bill of Rights, combating racism, and seeking equal justice under law.  In my view, and I know in the view of the entire Board, no one else could have done this job better than Claire has.”

The Board of Directors of the ACLU of Virginia has begun a nationwide search for a new executive director.