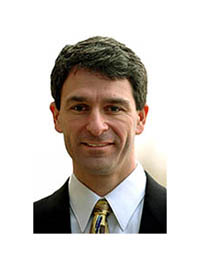 The ACLU of Virginia on Wednesday sent a letter to Virginia police chiefs and sheriffs telling them not to follow a recent opinion from Attorney General Ken Cuccinelli on investigating immigration status, because the opinion is legally faulty and would lead to adverse public safety consequences.

The ruling, the ACLU notes in the letter, ignores the recent judgment of a federal district court in Arizona that blocked that state’s statute requiring police to inquire about immigration status.

“It is rather astonishing that the attorney general would encourage Virginia law enforcement officials to engage in practices that have just been enjoined by a federal court,” said ACLU of Virginia executive director Kent Willis. “As the court in Arizona made clear only last week, immigration enforcement is a federal function, not a state or local one.”

Cuccinelli’s July 30 opinion states that Virginia law enforcement officials have the authority to question individuals about their immigration status during a stop or arrest to the same extent as Arizona law enforcement under a recently passed law.

Yesterday’s letter from ACLU of Virginia legal director Rebecca Glenberg notes that Cuccinelli’s opinion cites no Virginia law for the proposition that Virginia police have the authority to inquire about an individual’s immigration status. He simply asserts that such authority exists.

The letter also warns that law enforcement inquiries about immigration status are likely to lead to racial profiling and mistrust of police in immigrant communities, resulting in less cooperation from crime victims and witnesses.

A copy of the letter sent to Virginia police chiefs and sheriffs is available online at http://acluva.org/wp-content/uploads/2010/08/08-04-10.pdf.