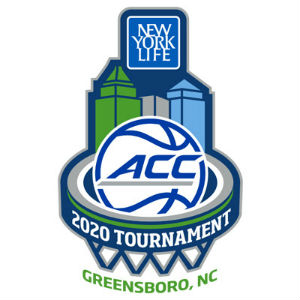 Tuesday, in a familiar surrounding, the drama will certainly be notched up a bit as the 2020 ACC Basketball Tournament returns to the Greensboro Coliseum.

This year, the tournament will have a few firsts for the conference’s postseason jewel.

Florida State, with an easy win over Boston College, earned its first-ever No. 1 seed.

North Carolina, meanwhile, is the last-place seed for the first time ever.

Traditional powers Duke and North Carolina, for the first time, are not among the league’s top three regular-season seeds. Duke, which finished tied with Virginia and Louisville in league play, fell to fourth as a result of losing both games to the Cavaliers and Cardinals.

As the fourth seed, the Blue Devils may be a pre-tourney favorite as a result of two strong efforts to close out the season, winning at home against NC State and Carolina.

Speaking of Carolina, it has been a trying season for the Tar Heels. UNC finished in a three-way tie with Wake Forest and Pittsburgh, but was just 1-3 against them, to fall to last.

Virginia enters tournament play as the No. 2 seed. The Cavaliers travel to Greensboro as the hottest team in the conference, if not the nation having won 11 of 12. Saturday, in the regular season finale against Louisville, the Cavaliers again emerged victorious in a nail-biting finish.

Briefly in the second half, Virginia appeared to be cruising to an unexpected easy margin of victory. But the Cavaliers then returned to being the Cavaliers.

Virginia went on its usual scoring drought as Louisville began finding the bottom of the net. But in what has become trademark this season, the ‘Hoos made several key defensive stops on the Cardinals and found just enough offense to win.

The biggest points of that just enough offense came from Kihei Clark, who nailed a three-pointer with 28 seconds remaining. That basket turned an ever-so-slim one-point Virginia lead into a two-possession game that would be the final dagger to the Cardinals.

Now the ACC turns toward Greensboro and an old friend, the Greensboro Coliseum, which has hosted more postseason affairs than any other venue.

How many ACC schools will still be playing after Saturday’s championship tilt?

Duke will be the fourth seed when they begin play on Thursday, but could an ACC Tournament championship propel the Blue Devils to a one seed in the NCAA Tournament?

Duke at times this season has played like one of the country’s best teams, but then some quirky losses have bitten the Devils.

FSU and Virginia, finishing one and two, are playing their best basketball.

The Seminoles have the depth to withstand the three-games-in-three days gauntlet.

Virginia has, well, it’s kind of hard to say exactly what the Cavaliers have.

What we know for sure about the Cavaliers is they are confident, poised and know all too well what it’s like playing in high-pressure situations.

No team wants to play UVA.

Louisville, simply, is a mystery. The Cardinals possibly have more talent than anyone in the conference, the nation, for that matter. But somehow, Louisville finds a way to trip itself.

The tournament might actually come down to a bracket matchup.

Duke could easily end up with a matchup with N.C. State Thursday. The lower bracket could see a UVA-Louisville tilt.

How it shakes out come Saturday evening is intriguing.

It is, after all, the ACC Tournament. And it’s back home. Where it belongs.

Where it matters most.