AAA: Automakers’ names for new technologies can be dangerously misleading 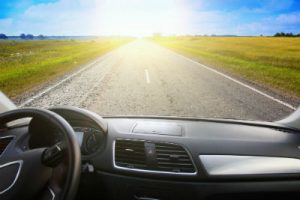 Drivers using new in-vehicle technologies with names like AutoPilot or ProPilot may believe the driving assist systems are more capable than they actually are, according to new research from the AAA Foundation for Traffic Safety.

AAA is urging automakers to err on the side of caution when it comes to naming and marketing the new technology, encouraging car dealers not to overhype vehicle capabilities and reminding drivers that they, too, play a role in understanding the limitations of the technology and always remaining engaged when behind the wheel.

“As exciting as these new technologies may be, they are not as fully capable as some of their names might suggest,” says Morgan Dean, spokesperson for the AAA Mid-Atlantic. “It is critical that drivers understand that there are limitations and always remain engaged when behind the wheel.”

Active driving assistance systems (ADAS) combine vehicle acceleration with braking and steering. Researchers found consumer information that stresses convenience and capabilities while minimizing limitations can inflate expectations regarding what the system can do and the situations that it can handle. AAA warns that a false sense of system capabilities created by marketing campaigns can lead to dangerous scenarios on the road.

“Based on data collected from our research, subtle differences in tone and emphasis significantly influenced people’s understanding of the technology and their expectations of its capability,” said Dr. David Yang, executive director of the AAA Foundation for Traffic Safety. “These systems assist the driver and take some of the stress out of driving, but they don’t eliminate the need for drivers to pay attention.”

After completing the training and driving the test vehicle, 42% of the participants using AutonoDrive, said its name made the system sound more capable than it is, while only 11% of DriveAssist users felt the same. Also, compared to those who learned about DriveAssist, participants trained on AutonoDrive were more likely to believe erroneously that the system would behave as outlined below.

“From our research, it’s clear that education and training can influence users’ expectations, how they will interact with and their behaviors when using new vehicle technologies,” added Yang.

Potential consumer misunderstanding of new vehicle technology needs to be addressed. In a previous survey, 40 percent of Americans told AAA they expect active driving assistance systems, with names like Autopilot and ProPILOT, to have the ability to drive the car by itself. AAA recommends that automakers provide consumers with information that is not only technically accurate but also balanced in terms of setting expectations that match what consumers will ultimately experience on the road. For consumers, there must be an emphasis on driver engagement and understanding the limitations of these technologies. Car dealers have a responsibility to educate car buyers on these technologies, but not to oversell a vehicle’s bells and whistles.

“Automakers are in the business of selling vehicles.  Understandably, they will emphasize convenience and system capabilities in their marketing campaigns.  But, their marketing campaigns, materials and consumer information should not mislead motorists,” said Jake Nelson, AAA Director of Traffic Safety Advocacy and Research.  “Words matter.  We can do better by taking care to be more realistic in setting expectations for consumers such that the sale of a new vehicle does not come at the expense of safety.”

Drivers have a role to play, too. They are responsible for taking the time to understand the technology in their vehicle.  New features, functions, and limitations should be understood before leaving the lot.