A-Z guide for a winning game in American Roulette 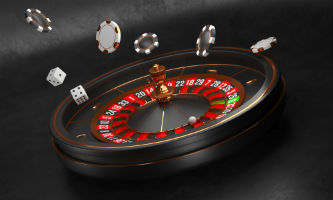 American Roulette is one of the most popular online casino games that are taking its roots from the USA. Although many people think that it is Americans who invented this dice game, in fact, it is not so. The classic version of the game has appeared in France. With the time, classic roulette has been modified, and citizens of New Orleans have added some extra rules to the already well-loved and popular roulette.

If you are new to playing the game of American roulette and are looking for a way to win big, then we have prepared a detailed guide for you. Keep reading this post to know everything about general game rules, specs, bet types, and a strategic game.

What Is Special About American Roulette?

American roulette is considered one of the easiest and most affordable games that most modern online casinos offer. The playing field is represented by a wheel divided into 38 sectors — from 1 to 36 — and containing the 0 and 00 sections. You can visually identify them by colors and face value. However, it is not the wheel structure that is important in the game.

You need also to know the following features of American roulette:

Obviously, the main task of a player is to guess in which section the ball will land into when the roulette wheel stops. The gain depends on several factors:

If you have never played the game of roulette before and do not have any strategy, then we recommend that you run a test drive of the game with bonus money and deposit your own credits only after you are confident in your actions.

There is a particular sequence of actions that you need to follow in case you expect to get gains in the game. It is necessary to keep in mind the following algorithm of actions:

Apart from the above, you are to consider some other circumstances:

Also, some games have an automatic roulette start mode, which initiates the retention process after 30 seconds after the end of the previous round. For the player to track the time, there is the clock counting the time at the bottom of the screen.