A quick history of hemp in Virginia 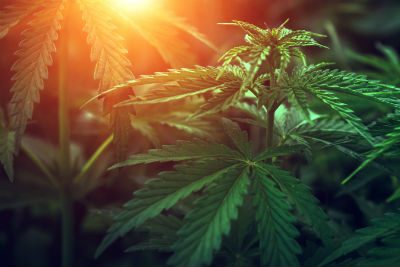 In July, the Commonwealth of Virginia decided to decriminalize the possession of small amounts marijuana. Today, Virginians and visitors to the great state can carry up to an ounce of the good herb and suffer only a meager $25 fine, if anything.

This measure comes after a 2018 report that over 29,000 arrests were made for marijuana possession within the state, and that enforcement of marijuana laws disproportionately affected Black Virginians. Decriminalization appears to be a step toward racial equity in the state — but it is merely a new development in the long, complicated history Virginia has with cannabis.

Cannabis in the Colonies

Many Americans believe that cannabis was first introduced to the U.S. in the 20th century — but America’s history with cannabis crops goes back to its earliest colonies. In fact, the first crop of cannabis was planted in 1606, and Jamestown, Virginia’s greatest success story, only succeeded thanks to the hemp it grew and sold to the rest of the world.

At the time when the New World’s first English colonies were being established, hemp was an incredibly critical resource for Europe and much of the rest of the world. Hemp grows quickly without much care, and its fibers are lightweight, durable and water-resistant. Thus, more than 90 percent of clothing across the world was made of hemp, and the ropes and sails used in shipping relied on cannabis, as well. Hemp fiber was always in high demand, so it made sense that early American colonies capitalized on cannabis for stability and growth.

Yet, Virginia did more than allow colonists to cultivate cannabis. From 1619 on, the colony mandated that every landowner devote some portion of their fields to hemp. As a result, famous Virginians at the foundation of our country — George Washington, Thomas Jefferson, Patrick Henry and the like — all grew hemp (or their slaves did, at least).

It might be worth noting that cannabis at this time in American history was almost entirely grown for its fiber. Though some African slaves brought their cultural practice of smoking cannabis in water pipes for recreation and ritual, White Americans hardly took notice of the psychoactive properties of cannabis and neither accepted nor rejected this application of their favorite crop.

As America developed as a nation — and as Virginia developed as a state — hemp continued to be a profitable crop, but many farmers diversified their fields with other plants, like tobacco and cotton. Yet, toward the middle of the 19th century, cannabis again became lucrative, this time as a patent medicine.

At their most basic, patent medicines (also called nostrums) are commercial products marketed as treatments or cures for certain ailments. Emerging at the very beginnings of modern medicine, when scientists were first forming the foundation of medical understanding, patent medicines attempted to capitalize on the burgeoning public understanding of health. Unfortunately, they were not truly founded in science; instead, they relied on any active ingredients that elicited physiological responses, from drugs like morphine and cocaine to poisons like arsenic and lead.

Through patent medicines, White Americans gained their first taste of the psychoactive effects of cannabis. Dozens of medicines flooded the market, utilizing cannabis to “cure” the common cold, colic, asthma, chaffing, constipation, flu and all manner of other diseases, disorders and discomforts. Not all patent medicines were always used strictly as medicine — abuse of these substances was rampant — but for the most part, the White perspective on cannabis was that it was used for medical purposes.

Unfortunately, that changed in the 20th century. In the early 1900s, industrialization caused favorable economic conditions in the U.S., which brought an influx of immigrants from less-prosperous countries — particularly countries in Latin America. In the centuries since colonization, Latin Americans had integrated the African cultural practice of smoking cannabis for recreation, and immigrants brought this practice with them to the U.S.

White Americans disliked all immigrants, but they especially reviled those of a different skin color with different cultural practices. Many states started passing all sorts of legislation in the attempt to deter immigration and control immigrant populations, and one of the most widespread was outlawing what immigrants called “marijuana,” or cannabis smoked for its psychoactive effects. The U.S. Federal Government followed suit in the 1930s, and an age of illegal cannabis begun.

It is important to realize that racism was the primary reason cannabis was made illegal. As early as the 1940s, researchers determined that there was no link between marijuana use and violent behavior or criminal activity, and into the latter half of the 20th century, scientists began demonstrating that cannabis was in fact much safer than many over-the-counter medicines and potentially offered outstanding health benefits.

Despite being the reason for Virginia’s early success, cannabis remains illegal for all purposes within the Commonwealth of Virginia. In 1979, Virginians enacted a medical marijuana program — which quite quickly became defunct. Yet, the recent decriminalization of cannabis within Virginia’s borders could foreshadow an imminent change in drug policy across the state, and perhaps across the nation. Virginians need to learn the history and science of cannabis and push for more realistic marijuana regulations for all.

Anees Sadique is fully ambitious and highly dedicated to digital marketing, in particular content creation, link building, and content marketing. With ample experience helping businesses’ online presence to be more visible in search results as well as among the related audience. Join Anees on Twitter @built4kill2004