A long way to go, but we’ll get there 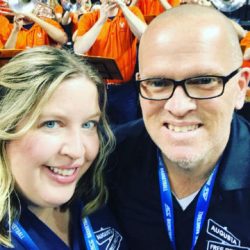 There’s so much that we don’t get right, and have no business not getting right. Like, life really isn’t as complicated as we like to make it out to be.

Black folks leave an Airbnb and have police called on them because racism. We’re bombing Syria because of what its leaders are doing to their own people while at the same time telling those people that they’re not welcome here because we’re just dumb.

Women are still second-class citizens, which is better than how we treat LGBTQs, who some lawmakers are trying to protect religious conservatives from even having to think about.

We know how to do government to give fair representation to all segments, but we leave in place the system that we know is corrupted by money because we don’t trust each other, the other side, ourselves to actually do it right, and at least the current corrupt system is familiar, the devil that we know.

We could easily provide healthcare to all, regardless of economic situation, to make us all healthier, more productive, more able to enjoy life to the fullest, but we’ve decided that we like the current system that treats healthcare as any other commodity to be capitalized, thus giving priority access to those who can afford it, and leaving some, billions, actually, planet-wide, with no access.

We could more equitably share wealth, police ourselves better, with more compassion, use our power and might to build a peaceful world order, not to divide and conquer and exploit.

We’re not there yet, is my point, and yet, as much as it seems like we’ll never get there, we will.

Spoiler alert: not in any of our lifetimes, unfortunately.

No, but I have faith that it will happen nonetheless.

Each generation gets a little closer to getting it right than its predecessor, is why I think that way.

I mean, we’d like to think that we could all just agree that racism is wrong and promise not to be racists. Or that we need to accept LGBTQs, like, duh, right, what were we thinking before when we didn’t?

The ship is kinda big, is the problem.

But I look back at, say, my grandparents’ generation. Salt of the earth people, born in the 1920s, reared in the Depression and World War II.

Just from a language standpoint, it shocked me to hear them using racial and ethnic epithets in casual conversation, but my grandparents were the people who taught me from an early age that you don’t treat people differently because they don’t look or think like you do.

I think out, then, to what the kids two generations in the other direction will think of us 50 years down the road.

They’ll be just as shocked by things we say and do in terms of how we look at the world, people, different situations.

I remember growing up not being exposed to people with severe disabilities, and the high school that I attended actually had an annex in a corner of the school building where the kids with disabilities seemed to be hidden away from the rest of us.

Not 10 years later, when I was working a summer camp after college, I was a counselor for the special pops program through the local parks & rec, and we were right there on site with the other kids, and it heartened me to see the kids almost fighting each other for the right to help us each day.

It was that experience that has me thinking that all it takes is exposure. We just need to open ourselves up to people who are different than we are, different races, ethnicities, orientations, ability levels.

We’re a long way from getting there, but like I say, each generation gets a little closer to the end goal. We’re going to get there.