A hand up to Wounded Warriors 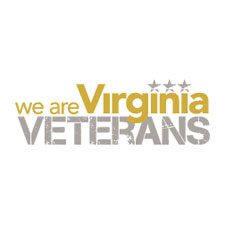 A warrior needn’t have a scar to show you to prove that they come back a different person from the field of battle.

“The group that we most like to target within that very wide net is the combat veterans. The theory being that the things that they’ve experienced made them particularly sensitive,” said Ben Shaw, a veteran peer specialist with the Virginia Wounded Warrior Program.

Shaw served three tours with the United States Marine Corps in Iraq and then returned to the Middle East in 2009 as a combat journalist. Back Stateside, his embed is the community at large. His role is to serve as a connector between veterans who need help and the people who are there to help.

“Ultimately we hope we can point them in the right direction, whether that be financial assistance, counseling for PTSD, just what’s out there. Perks, things available – veteran discounts, veteran-friendly businesses, employers, employment. Trying to point them in a dierction. Our job is to know what’s out there for them,” Shaw said.

The program doesn’t just serve veterans who have been wounded in military actions. “We serve all veterans, all Guardsmen, all Reservists, and the families of all three. Regardless of the years they served, regardless of age, regardless of gender, and also regardless of discharge status,” said Shaw, citing a key piece of data regarding the number of veterans who live in Virginia – 817,000. “We cast a very wide net,” Shaw said.

“Ninety-five percent of what we do is point to somebody else who knows the answer better than we do. We’re not trying to recreate or duplicate anything anybody else is doing. Certainly we don’t have the money in the budget to do that. But in our network of people, we know somebody who may be able to help, and we point you in that direction,” Shaw said.

Shaw will headline the inaugural event in the Power of Ten community-speaker series at the Region Ten Community Services Board, 504 Lynchburg Road, Charlottesville, on Tuesday, March 22, at 6 p.m.

Shaw’s talk will focus on the specific challenges facing his generation of veterans, the struggle to transition to civilian life, isolation, and veteran suicide rates, drawing from his own experiences as a three-tour Marine and two tours as a civilian combat journalist.

The event is free of charge and there is free parking to the side of the building.

More information is available at www.regionten.org.

Story and video by Chris Graham. Chris can be reached at freepress2@ntelos.net.