988 phone response designed to be source of ‘hope, connection, empathy and care’ 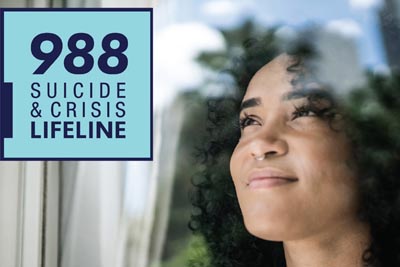 988 may be a lifeline to individuals in a mental health crisis – and the family and friends that need resources to support their loved one. Since 2008, suicide has ranked as the 10th leading cause of death in the United States. More than 44,000 Americans died by suicide in 2020 – and evidence suggests that the COVID-19 pandemic has exacerbated suicidal thoughts and actions.

The new 988 three-digit code goes into effect everywhere on July 16 – and has been years in the making.

“We know that the 16th really is the start of the transition and not an end,” said Miriam Delphin-Rittmon, the assistant secretary for mental health and substance use in the Department of Health and Human Services and the administrator of the Substance Abuse and Mental Health Services, or SAMHSA. “There is still a lot of work to be done, we know, to strengthen and transform the crisis care continuum.”

Like 911, the new code should be easier to remember than the 800-suicide-prevention lifeline that has been in place for years. Calls and texts delivered to the 988 number will be directed by service providers to the National Suicide Prevention Lifeline.

“We expect that people who have never used the line will now have awareness of an easier to remember number and will call, thus the call volume should increase,” said Laura Clark, senior director for PRS CrisisLink, a call center based in Oakton in Northern Virginia. “We also expect people to present with different concerns than those who previously only recognized the number to be for suicide prevention.”

In addition to making the lifeline number easier to remember when a crisis arises or help is needed, the goal is also that by establishing a new national number, it will decrease the stigma surrounding suicide and mental health issues.

988 addresses mental health as a whole, not just suicide prevention

Because the 988 line is designed to handle more than suicide prevention and address mental health as a whole, Clark said, the average length of a call could change and the resources needed to provide the best support may have to be updated.

“988 is a resource for everyone who needs emotional support, who is struggling with their thoughts and emotions and would like to talk to someone about what they are going through,” said Clark. “In Virginia, centers are prepared to connect people to community resources and regional resources available. Folks at 988 are trained to support individuals and families in suicide crisis. 988 is designed to be a source of hope, connection, empathy and care.”

Critics worry that individuals in crisis may face longer wait times as a result of more calls to the hotline because of the easier 988 connection.

“Most calls are answered with 20 seconds,” Clark said. “However, this is a new system in the very early stages of implementation, and the goal post is always moving as new volume grows. Call centers are driven on data, and the data informs our staffing.”

Clark said that the call centers use forecasting tools to anticipate staffing levels, but she added, that “national news stories or big events can drive new and unanticipated volume to the call center.”

“All of this to say, PRS is prepared, and we also will adjust as the volume grows and changes,” Clark said. “All these things are interdependent, call length, call volume, types of skills needed for our crisis workers to be more efficient and effective.”

Delphin-Rittmon joined the National Action Alliance for Suicide Prevention for a conversation with news reporters last week to address the readiness of the 988 rollout. While PRS is confident it is prepared, Delphin-Rittmon acknowledges that the increased call volume could put a strain on regional call centers.

“To help with the hiring needs that are present across the 200 crisis call centers, we’ve developed a 988 jobs website so anyone interested in becoming part of this work can check out the 988 jobs website or volunteer opportunities listed across the country,” Delphin-Rittmon said.

PRS CrisisLink has been on the front lines for regional and national crisis calls since the early 2000s and is one of the largest centers in the country providing Lifeline services, locally, at the state level, and nationally – including core chat and text services. The call center responds to calls to the National Suicide Prevention Lifeline (1-800-273-TALK), the new 988 redirects, the Veterans Crisis Line and a Spanish line.

The National Suicide Prevention Lifeline handles thousands of calls per day, Clark said, with approximately 120-150 of those calls per day being routed to PRS CrisisLink.

Calls are sent to PRS based on the phone number of the caller – not their physical location. For local and regional work, PRS will only receive calls from Virginia phone numbers. However, Clark said, they are also a national backup center, so they have to be prepared to answer questions and deal with situations across the country.

“Our regional workforce contains crisis workers, shift supervisors, licensed clinicians and support staff available,” Clark said. “We have reached about 85 percent of the staffing plan we feel confident will be adequate to respond to our crisis contact center needs.”

While based in NOVA, Clark said that “PRS CrisisLink operates remotely with workers across the state and in some cases, in other states.”

“This has allowed us to retain our workforce and ensure we have resources for hard to cover hours of operation like the overnights,” she said. “We can recruit from states that are in a different time zone.”

In addition to the staff answering calls, volunteers are always needed for the national work.

The training is accredited by the American Association of Suicidology and the International Council for Helplines.

911 has been in use for some time – and is designed to dispatch first responders to a medical, fire or public safety event.

“988 is designed to provide emotional support and in circumstances where an individual is in a behavioral health crisis, engage the behavioral health system to avoid first responders when possible,” Clark said.

Calls to 988 are not anonymous, Clark said, but they are confidential.

“People accessing services can expect their information is not shared with anyone else unless they are in an immediate, life-threatening situation,” Clark said.

Clark said she expects a number of changes over the next year or so as more components of this process become available and more data is collected to help her make decisions on staffing, the skills needed for her workforce and the referrals they provide for resources.

“It is important for our community to know and expect that this rollout is a process,” Clark said. “It is complex and in phases. This weekend marks only the FCC compliance that all phone providers have complied with the capability to dial 988.”

Funding of the Lifeline (from SAMHSA)

$432 million investment in the 988 transition includes … 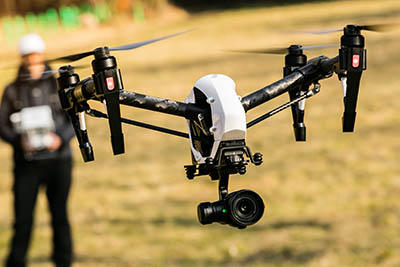