#7 Delaware pulls away, knocks off #5 UR 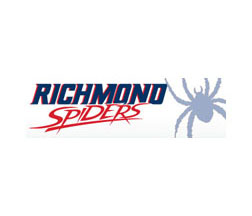 Redshirt freshman running back Jovan Smith gained 102 yards on 10 carries, but visiting seventh-ranked Delaware struck for three-consecutive touchdowns in the second half to beat No. 5 Richmond, 34-13, Saturday at Robins Stadium in the CAA Football opener for both teams.

It was the Spiders’ (1-2, 0-1) first setback at their new on-campus stadium after christening it last Saturday with another Top-10 showdown – a 27-21 win over then-No. 7 Elon in overtime. Both games were played before sellout crowds.

Link to the rest of the story on VaSportsOnline.com.