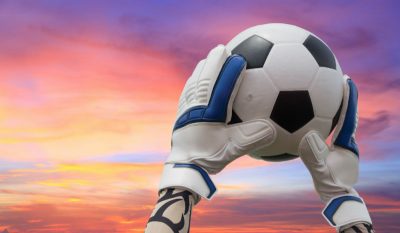 Although it is said that gambling is not a bed of roses, the world of football betting actually begs to differ. With so many options to leverage, football betting presents its players with an endless opportunity to stake and win. So if you know what you’re doing, it is almost certain that you’ll always walk home with something every time you stake on football bets.

That said, one of the most popular options in football betting is the option of accumulator betting. With this option, players have the opportunity to mix markets, leagues, divisions, and events together while placing just a single wager – a feature that is absolutely absent from other forms of gambling.

But what makes this betting option even more exciting is the endless number of betting markets available in the industry today, with the likes of UFABET offering as high as hundreds of markets each game.

But as you might have guessed, some markets are far more realistic than the others. This article will highlight six of those realistic markets.

Perhaps the most popular market you can get on any football betting website. This market allows gamblers to bet on home win, away win, or the draw. The idea here is to predict the eventual outcome of the matchup between two teams accurately. Unlike other football betting markets, this market doesn’t really involve many technicalities, with players simply expected to predict with accuracy the winning team, losing team, or whether the match will end in a draw.

In addition, you can accumulate as much as a hundred games in just a single wager, betting on teams to win, draw, or lose in the process.

On the downside, though, this market does present a fine line – especially for the higher-profile leagues (EPL, LA Liga, Serie A, Bundesliga, Ligue 1, and the likes) – between a value bet and no-value bet. This means that your predictions could all come out right, and at the same time, it could all come out wrong.

But to improve your prediction abilities, you can take your time to study the pattern, trend, form, and performance history of the two teams involved in any match you’re selecting. Please follow your study through in that pattern: pattern (how they performed against that particular opponent in the past), trend (have they been winning or losing lately), form (what is their current league or cup form like), performance history (who has been scoring the most goals for them; is he/she available for the match).

Both teams to score (BTTS)

Also known as both team score (BTS), this market is one of the few markets that has risen in popularity in recent years, and for obvious reasons. In this market, players are required to just choose (accumulate) where they think both teams participating will score.

With this market, you need not concern yourself with the eventual outcome of a match. The only thing that interests you is that the two competing teams will score. Alternatively, you can choose the “BTTS NO” option too, which means that you’re not backing the two teams to score (that is, you’re saying that only one will score).

The beauty of this market is that it allows you to stake and win even without predicting the outcome of the match itself. While this may not seem to be much of a big deal to you at first, you’d find it to be in the week when the matches are quite tricky, and it becomes impossible to predict who will win, draw, or lose a match.

Scared to completely back a team to win, why not double their chances? If you are not too sure about who will win a match or whether a match will end in a draw, you can use the “double chance” market to safeguard your bet. The concept is that you’re backing a team to either win or draw. So, if they win, you have your bet, and if they draw, you still have your bet. The only time you’ll lose your bet is when they lose.

On the downside, the odds on this market are often lower than all other markets. But it does come with a far greater chance of winning, because most of the time, your predictions are quite realistic.

Over and Under goals

Can’t predict the outcome of a match? It’s no problem! Can’t predict whether the two teams will score or not! It’s still no problem. With the over/under goals market, players are given the opportunity to only accurately predict the range of goals that will be scored in a match.

For instance, if you bet on a game to finish with over 2.5 goals, it means you’re predicting that the two teams will score at least a minimum of 3 goals, a very realistic target in a football match. Alternatively, you can pick under goals too – that is, say under 4.5, which means that they will not score up to goals (best for matches that are expected to be closely contested or defensive; Athletico Madrid, a team in the Spanish La Liga tends to play out this result more often than not).

By and large, your prediction can be Over/Under as low as 0.5 goals up to 4.5 goals.

This market basically involves giving a head start to one team in the form of goals; usually, the team everyone is backing to lose. For example, in a match between Liverpool and Norwich, you can give a handicap of one goal to Liverpool. With this, what you’re saying is that before the game kicks off, the scoreline is Liverpool 0:1 Norwich, but you’re still backing Liverpool to emerge as the victor.

It is not enough that football bookmakers are allowing players to leverage up to hundred options, they are even still offering them an opportunity to mix markets. What does that mean? You may wonder. Well, as the name suggests, it simply means joining two outcomes together in a single game and accumulating it with the other games you’ve chosen and then staking your bet on the accumulation.

For example, in the combined market, players can choose the “win and both teams to score” option. Otherwise, they can also choose “draw and BTTS,” “WIN AND OVER/UNDER goals,” “Win and player to score,” and so much more.

With this market, not only does the overall odd upon each selection becomes bigger, but there is a far greater chance of winning big money with this strategy.