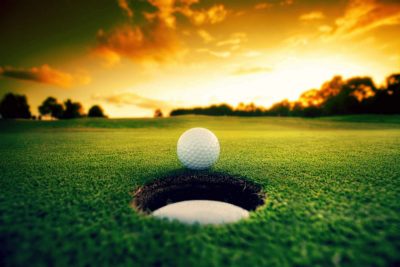 Anyone who is a golf fanatic must visit the Augusta National Golf Club. The world-famous Masters Tournament kicked off here in 1934. Today, Augusta is Georgia’s second-most populous city, which has plenty of attractions. Every year, it attracts a good number of tourists due to its impeccable beauty the same way as Europe attracts tourists due to Algarve Golf Holidays.

Augusta has a lot to offer other than the vast greens of the Augusta National Golf Club, so let us explore reasons to visit the same.

There isn’t anybody who would not love to have a walk near the waters. Here, there is the humongous Savannah River in Augusta’s waterfront. During the months of summers when it very hot, strollers seek refuge from their river walk. It is a tree-covered pathway beside the river and has a breathtaking view.

There are many highlights in the area like the Japanese gardens with beautiful waterfalls, the Jessye Norman Amphitheatre where concerts are held every summer. The very popular farmers market, which opens in mid-March all through November is too a great place to visit. It is located on 8th Street which includes regional seasonal farm items and good live music.

Beer lovers, this is for you. Currently, the trend has been making craft beer. Not everyone adds a sweet touch to its brew. Here in Georgia, at RiverWatch Brewery, peach is incorporated into its brew, which makes it taste great. If you aren’t a fan of sweet, there are multiple other options of brew you can choose from.

The Canal served the region’s 19th-century high industrial rise. By around the 1950s, as the factories and textile mills began to close, the canal too was forgotten. The city administrators even decided to renovate it with a highway. By the 1970s, the locals acknowledged the canal’s notable and scenic ability and changed their minds to preserve the canal.

Now the Augusta Canal offers various benefits to the locals and tourists visiting the place. The favorable thing you can do in the Augusta Canal is to take a canal boat trip, listening to its history, and witnessing its natural wildlife. It is also a great way to enjoy a picnic dinner on a boat trip with some amazing live music.

You can visit Summerville, a hilltop region with beautiful Southern mansions. The majority of the houses there are private. The Greek-style Stephen Vincent Benét House and Appleby Library are always open for tourists to visit them.

Another best place to visit is the impressive 1910 Patridge Inn, which originally was the location of George Walton’s home. The open space and lovely patio are the ideal places to sip on a cocktail and witness the beautiful Georgia sunshine.

In the 1990s, the locals began to settle into Broad Street, which added many galleries and other sorts of attractions to the place. Many new restaurants, museums, and shops eventually opened up on the Street. Now there are more than 150 different buildings on Broad Street, including the Miller Theatre. For food fanatics, there are a number of eateries like Mellow Mushroom, Whiskey Bar Kitchen, and many more.

There are multiple attractions to visit in Georgia at the Augusta National Golf Club. It has had a total transformation from the earlier times. It is rated as the best Golf clubs from all times. Also, Augusta National Golf Club is home to the Masters Tournament making it all the more special and attracts enough people every year. It is one of the most exclusive clubs with vast expanses of the fairway, flashes of white sand, giving it a clean appearance. Billions of people wish to try the course and experience it, but only a few fortunate ones get a real chance to actually play. It is definitely a place worth the visit.